On Tuesday, January 30, 2018, the Romanian Filmmakers Union organizes the event “Other voices. Other Faces. One signature: Marilena Rotaru” at the Media Hall of the “I.L.Caragiale National Theatre of Bucharest”, starting with 6 o`clock p.m. 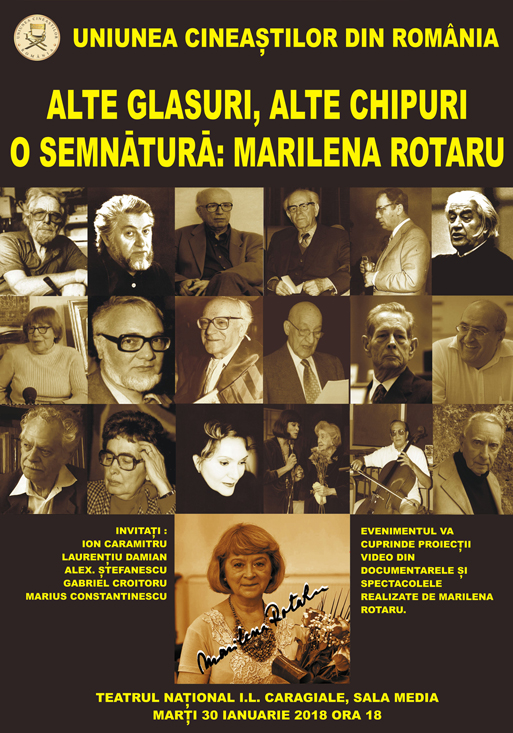 Marilena Rotaru is a TV producer, working for the Romanian Television, she is a UCIN member from 1990, she received awards for two documentaries, The Creator and the Age and Beauty Is Eternal Joy, both of them about the painter Margareta Sterian. Marilena Rotaru celebrates having been for 50 years in her profession and 30 years from the show “Cella Delavrancea Centenary”. She made the first interview with Sergiu Celibidache, in 1979, which was broadcast after 1990 and also the first interviews with King Michael I of Romania, in the `90s.
The event will be attended by Ion Caramitru, Laurențiu Damian, Alex Ștefănescu, Gabriel Croitoru, Marius Constantinescu. Fragments from the documentaries made by Marilena Rotaru will be screened on the occasion.