“The Whistlers”, at the Toronto International Film Festival 2019

The Whistlers / La Gomera, Corneliu Porumboiu`s fifth feature film will have the North-American premiere in the “Masters” section of the 44th edition of the Toronto International Film Festival, which will take place from September 5 to 15. 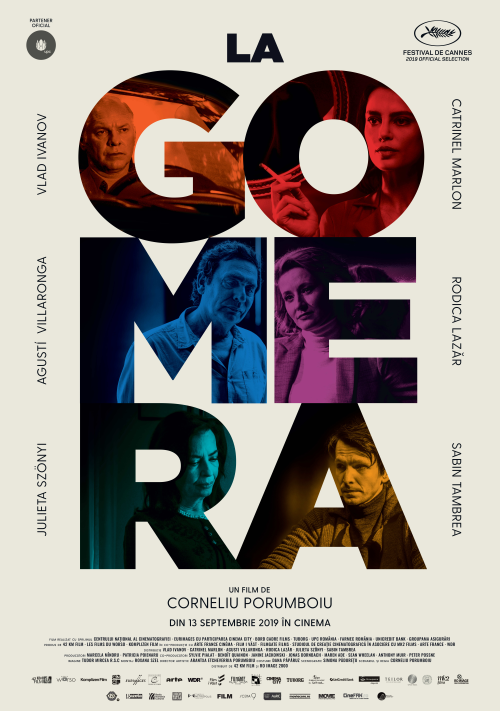 The film will be screened on September 5, in the presence of the director Corneliu Porumboiu at the Scotiabank Theatre, where it is scheduled again on September 6.
The festival is a non competition one, but the productions receive the recognition of the audience and of the critics. Among other awards, the award for Best Featire Film and the Trophy of the International Film Critics Federation will be given.
The Whistlers is also among the “29 most captivating new feature films”, selected for the New York Film festival, alongside productions signed by Martin Scorsese, Pedro Almodóvar, Edward Norton, Arnaud Desplechin and Agnès Varda.  At the 57th edition of the NYFF, Corneliu Porumboiu will attend the screenings that will take place on October 6 and 7, at the Alice Tully Hall and at the Walter Reade Theater and the Q&As after the end of the screenings.
The feature film will also be presented at the BFI London Film festival, which will tale place from October 2 to 13. The Whistlers was included in the “Films in Thrill” section. It will have two screenings, on October 9 and 10, at Curzon Mayfair Cinema and at BFI Southbank.
The Whistlers, which had the world premiere at the Cannes Film Festival, is Romania`s proposal for a nomination for the Best Foreign Film category of the 2020 edition of the Oscar Awards.
The film features Vlad Ivanov, Catrinel Marlon (Menghia), Rodica Lazăr, Sabin Țambrea, Julieta Szönyi, George Piștereanu, István Teglas, Agustí Villaronga, Cristóbal Pinto and Antonio Buíl.
Vlad Ivanov is Cristi, a corrupt Romanian policeman, involved in a 30 million Euro business with the mafia. He gets to the island La Gomera (Spain), in order to learn “El Silbo”, a whistled language used by the local people. The coded language will help him free Zsolt (Tambrea), an interloper who is under arrest in Bucharest and who is the only person who knows where the money is hidden.
The Whistlers will have the Romanian premiere on September 13, 2019 and it will be distributed by Ro Image and 42 KM FILM.
The international sales agent is MK2Films. The feature film was sold to 27 territories, among which North America, China, India, South America, North and Central Africa, Great Britain, France and Spain.
Details: La Gomera FB