“That Trip We Took with Dad”, premiere at KINOdiseea 2016 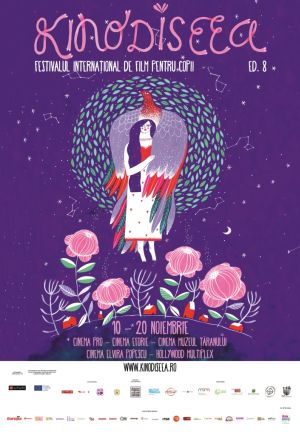 Among the selected films, there are a few national and international premieres, films which are acclaimed by the critic and by the public.
That Trip We Took with Dad (La drum cu tata), the feature film debut of the director Anca Miruna Lăzărescu, known for the short film Silent River, which received over 80 awards at international festivals, will have its premiere at KINOdiseea.
The film is set in 1968 in Arad. Two brothers of Romanian-German origin, Mihai and Emil, have only one thing in common: worrying for their sick father. Mihai, the elder brother, seems to have come to peace with the fate of the Ceaușescu Romania, where he is a doctor and a reluctant security informant.
On the other hand, Emil strongly fights against the Stalinist impressions and often gets in situations that only the cautiousness of his elder brother could save him from. One day, they receive the news that their father can be operated in Dresden. But we are in 1968 and on their way, they get to meet the tanks that will be involved in the Prague Spring.
Since Romania refuses to enter the alliance with the Soviet Union, the three of them get to a temporary camp in GDR. Because of the intervention, the German-Czechoslovak border is closed and the three of them cannot return to Romania. The three of them are offered a transit visa and they are allowed access to the German Federal Republic. Totally unprepared, the family crosses the border: an unexpected encounter with the class enemies – can this situation end well?
The film will have the premiere on Sunday, November the 13th, starting with 7:30 p.m. at CinemaPro and will be screened again on Monday, November the 14th, starting with 5:00 p.m., at Cinema Elvire Popesco.
Among the premieres of this year, the following German films will be screened: Heidi, the most recent adaptation of the famous book written by Johanna Spyri, Rico, Oskar and the mysterious stone, about two friends who set out on an adventure to the seaside, together with the dog Porsche; as well as My daughter, Anne Frank, the extremely personal story of Anne Frank, seen from a different perspective from that from 1945 in Amsterdam. Thee three films are part of the Focus Germany section.
Another film from Germany, which will be screened as a national premiere, is Fortune Favors Brave, the story of two little girls who must be in charge of a restaurant, because their mother was forced to suddenly return to Vietnam in order to take care of their very sick grandmother.
Among the titles from this year`s edition of the KINOdiseea, there are a few cult-films which made history:  Entre les murs (2008, directed by Laurent Cantet), Cinema Paradiso (1988, directed by Giuseppe Tornatore), Bugsy Malone (1976, directed by Alan Parker), The Adventures of prince Achmed (1926, directed by Lotte Reiniger), Chicken Run (2000, directed by Peter Lord, Nick Park).
Details: www.kinodiseea.ro