”The Return of Voivode Lăpușneanu”: History Stripped of Adornments 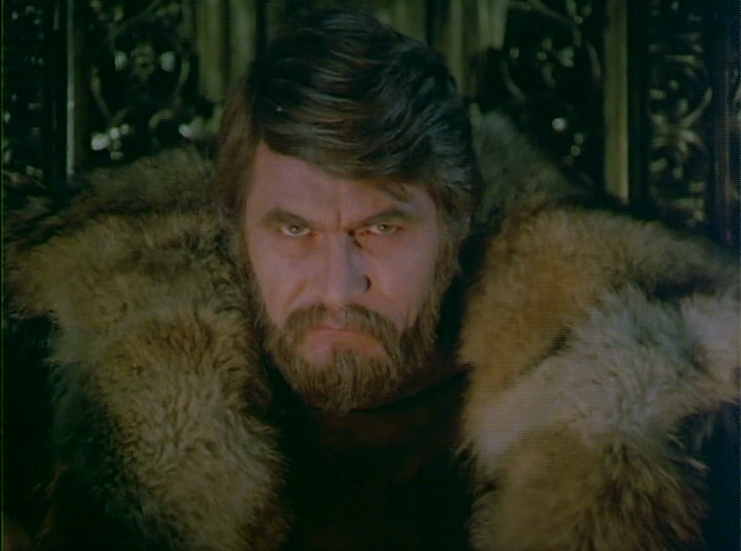 In contrast with most of the ”yesterday movies, seen today”, The Return of Voivode Lăpușneanu, the only period movie made by Malvina Urșianu, did not need any distancing in time to be perceived as different in the pretentious context of what was emphatically named the ”national cinema epopee”. Ever since the beginning of the movie, the High Magistrate Moțoc was constructed asa character bearing almost no resemblance to the banality of the model created by Negruzzi (even physically, in the interpretation of Valeriu Paraschiv, he has a totally different appearance: he is strange, beautiful, a damned human being whose destiny is to live in the shadow of greater people). Moțoc gives the order that the return of Voivode Lăpușneanu to his second ruling not to be greeted with too much festive magnificence: ”Let the bells be quiet! Make the trumpets stop!” History may be written differently, lacking the spectacle of rituals. 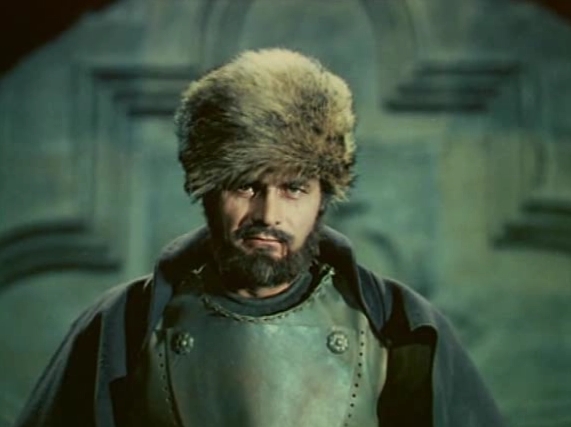 This film is about such monumentality, cold as the stone of the numerous arched vaults over the secret corridors where history is whirling along, or as the royal throne that does not seem made by human hand, but put there by God; this film is about a far-away time, but stripped of any adornments invariably woven by mythology and folklore; the costumes have no ornaments, as if they are rising directly from the ground, they are ascetically stylised, counting on the warm memory of the primal matter, on the natural flow of the home-made fabric or velvet. All these had to strike our eye used to grandeur and luxury. All the more so that during the same year, 1980, the film Burebista (Gheorghe Vitanidis) had its premiere too, depicting an epic vision worthy of a majestic tradition. Something else struck too, this time not the eyes, but certain vigilant ears, and, curiously enough, only after a few years since the film's premiere. In 1986, the movie was banned because one of Lăpușneanu's lines: ”The country doesn't want me? Who's ever asked the country what it wants?” Probably the authorities' vigilance, dormant for a while, suddenly woke up. I also admired, at that time, the subtle construction of the Voivode, as concocted by the actor and the filmmaker. I say ”concocted” because I had the privilege to witness, on location, the shooting of some crucial scenes, to which Malvina Urșianu and George Motoi kept coming back, their discussions always starting with the angle of the main character's look, a look haunted by doubts and distrust. That look over the shoulder, starting with eyes cast on the ground and raised slowly 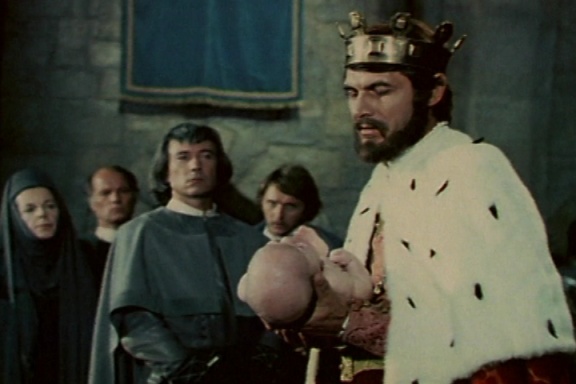 and perfidiously and finally fixing on those around, that look seemed to me today, when I saw the movie again, as a threat loaded with such cynicism that only today I've understood it fully. As the Voivode grows old and his mind slips into madness, the threat becomes dreadful, we feel the fatality of bad blood and heredity without seeing them. The colours of the costumes grow darker and a sickening reddish light starts to creep into frame, accompanying a contour, sticking to a ceiling, coming inside once a door in cracked open. It'sa premonition of the end of a tragic ruling and a tragic history thirsty for blood. Without such transcending of a moment connected to our history, without the suggestion of a horizon where national conjectures are left behind, the film could not have been understood and admired by a foreign viewer. For Professor Richard Peña (Columbia University), former Director of the Film Society of Lincoln Centre, The Return of Voivode Lăpușneanu remains one of the best historical films he has ever seen.He discovered it in Romania and screened it at the New York Festival, inviting the filmmaker who was unfortunately too ill to travel so far away. I hope with all my heart that such appreciation brought some joy to Malvina Urșianu.