Interview of the week with Ion Sapdaru


Ion Sapdaru comes to Bucharest only when he has a shooting or a theatre performance. He`s been an actor of the Iași National Theatre since 1990, when he moved from Chișinău. He directs stage plays and he is a professor at the Suceava”Ștefan cel Mare” University.
He is grateful to Corneliu Porumboiu who brought him to the film world, having him in his films, from Gone with the Wine, to A Trip to the City and A 12:08 East of Bucharest.  He, Teodor Corban and Mircea Andreescu were shocked by the 15 minutes of applause after Porumboiu`s film screening in Cannes. “We were walking down the street, the three of us, and the people applauded us in the street.” They fully lived those magical moments that any actor dreams of. He started his film career at the peak of his success. When he shot on Broadway for  America, venim!, it crossed his mind that if he had been younger, he would have stayed there and tried to find his way there. Now he is shooting for Igor Cobileanski`s feature film, Eastern Business, where he plays alongside many Moldavian actors, from both sides of the Prut River. He is thrilled of the project and with his collaboration with the director. The feature film is produced by Alien Film and will be released in 2016.
Cinematography: Dan Țuculescu 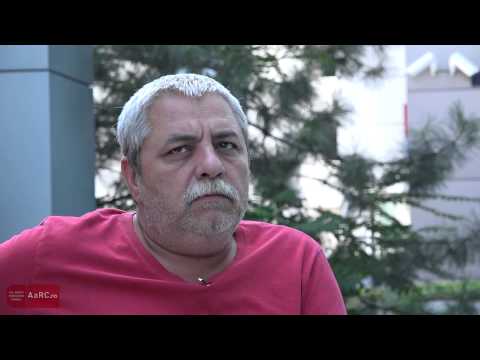