The Oscar Weekend gives the audience the chance to watch the most important European films of 2017, that represent or are about to become their country`s proposal in the Oscar race for the Best Foreign Language Film. The fourth edition of the event (January 19-21, 2018) will take place at the Elvire Popesco Cinema. 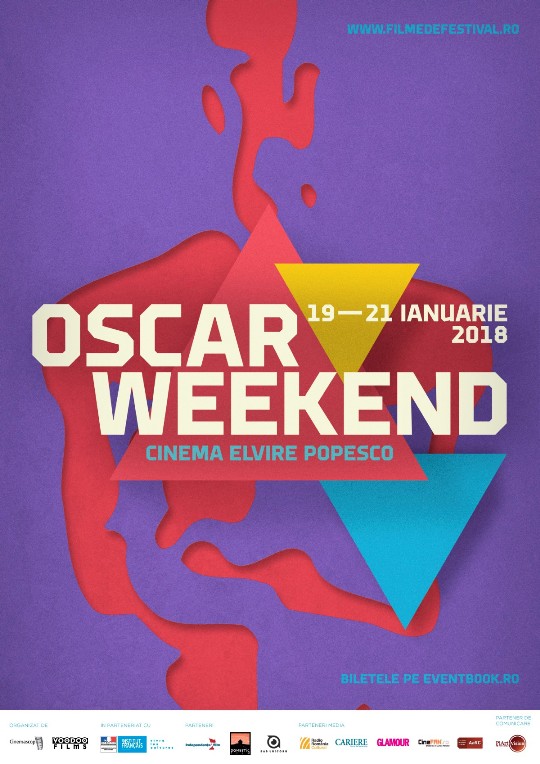 The film lovers will have the chance to watch productions like BPM (Beats Per Minute), directed by Robin Campillo (France) – the Grand Prix in Cannes 2017, Loveless (Andrei Zvyagintsev, Russia) – the Jury Prize in Cannes, On Body and Soul (Ildiko Enyedi, Hungary), the winner of the Golden Berlin Bear for the Best Film, Happy End (Michael Haneke, Austria) and Fixer / Fixeur (Adrian Sitaru, Romania).
The Oscar Weekend takes place before the announcement of the 90th Academy Awards nominations (January 23, 2018). The ceremony will be held on March 4th, 2018. The Oscar Weekend is organized by Voodoo Films and the Cinemascop Association, in partnership with the French Embassy, the French Institute in Bucharest, Independența Film, Bad Unicorn, Domestic Film.
Details: filmedefestival.ro