Reaching its 10th edition, this year the festival Les Films de Cannes à Bucarest will bring again the most important author films of the year in front of the Romanian viewers, from October 18 to 27. 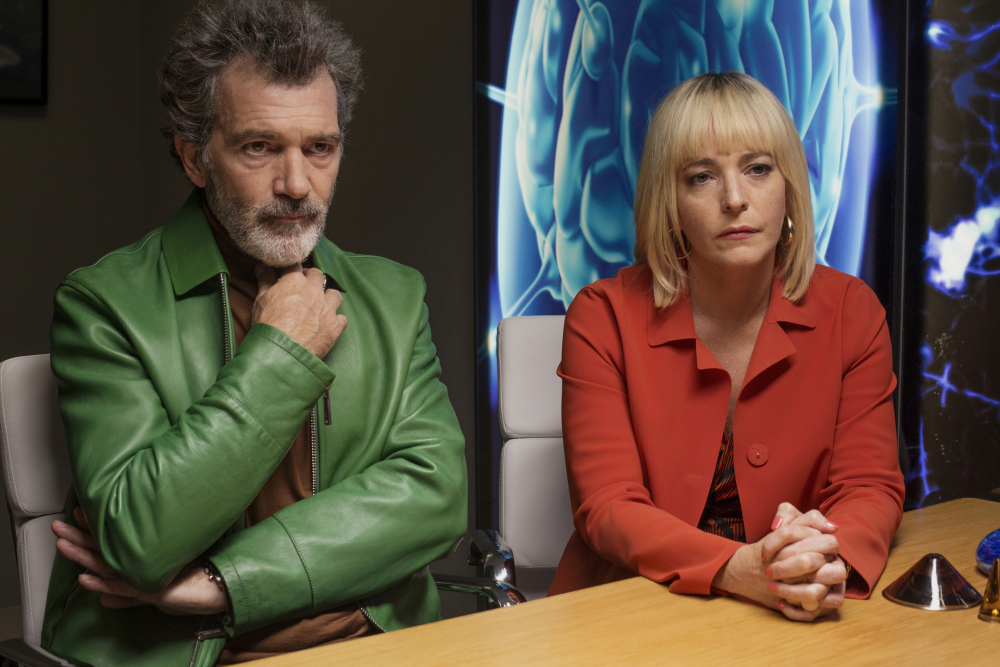 In 2019, Almodóvar made his great come back in the Cannes official competition with Dolor y Gloria, his seventh collaboration with Antonio Banderas, his fetish actor, who plays the part of his lifetime. And the reward was great as well – the award for the best leading actor. Salvador Mallo (Antonio Banderas), who is physically decaying, has a series of rediscoveries. Revisiting his past, Salvador feels the urge to tell its story and thanks to this inner pressure, he finds salvation. The film is part of a triptych started with La ley del deseo (1987) and continued with La mala educación. A compendium 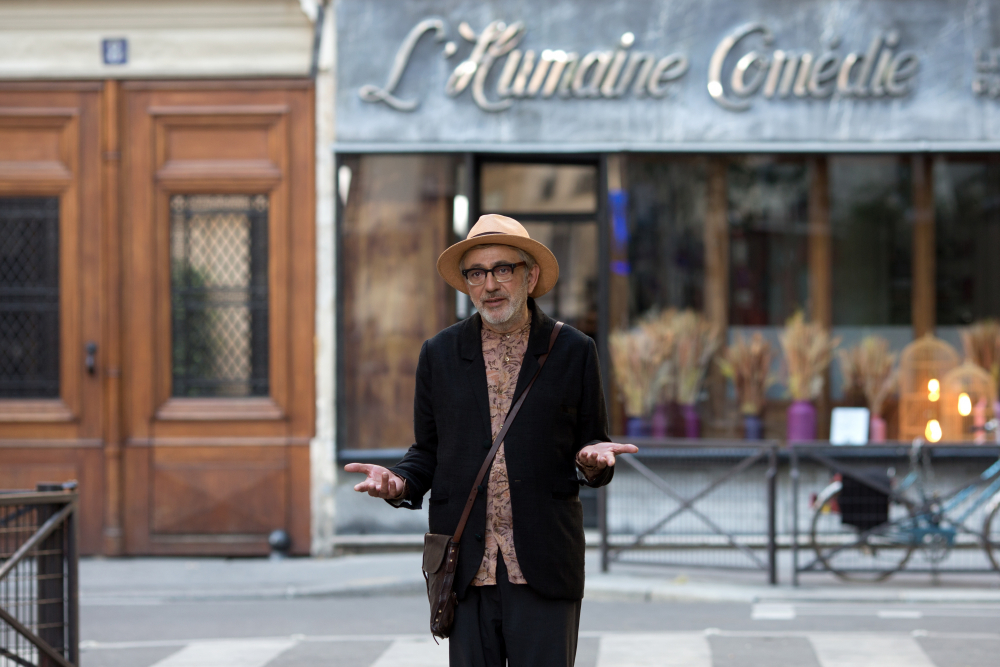 and a meditation on the author`s recurring themes, the film was unanimously appreciated by the press and by the audience in Spain, something totally new for Almodóvar. One Spanish film critic described it as a “somber and obsessive work, but at the same time generous, full of light and emotion.” “A sort of miracle” Variety wrote. According to his own confessions, Banderas had to kill his personality in order to recreate an alter ego of the director. And the result of this exceptional collaboration is “a sensuous and deeply personal gem, a film about pleasure, which is itself a pleasure.” (The Guardian)
Elia Suleiman juggles with the playfulness and austerity with a similar poetic sense. In It Must be Heaven (the Special Mention of the jury, Cannes 2019), the director leaves Palestine, in the search of a new “home”, but soon he realizes that his country of origin follows him like a shadow. A burlesque film that explores notions such as identity, nationality and belonging 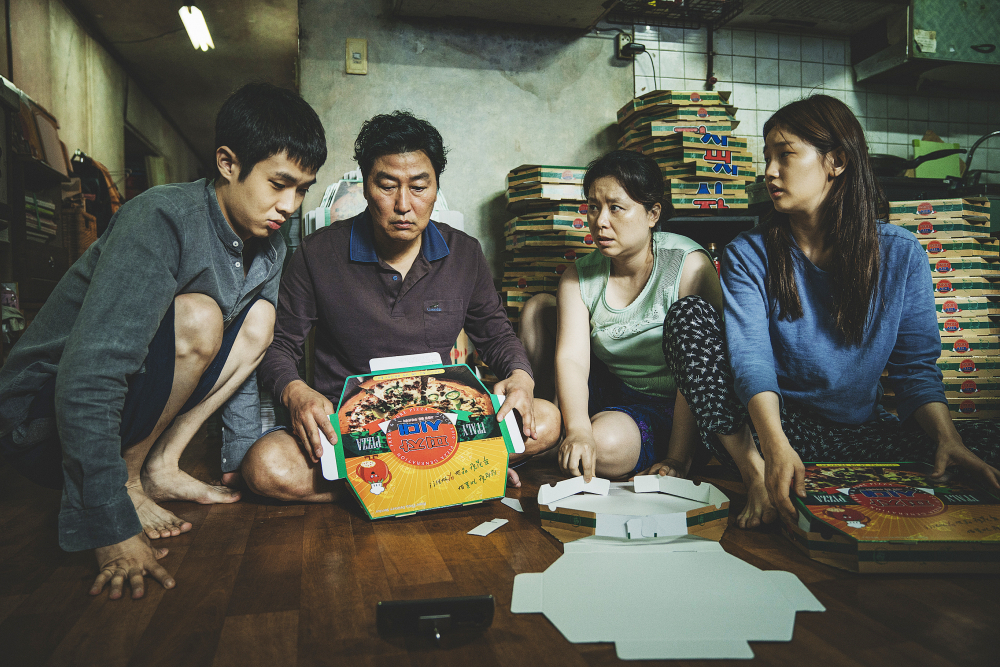 and in which the actor-filmmaker asks a fundamental question: “Where can you feel home?”. “The filmmaker and actor Elia Suleiman uses his own face and body to express the soul of Palestine in his films and nowhere more so than in his droll new comedy” Hollywood Reporter writes.
Parasite (Gisaengchung), directed by Bong Joon-ho, is the great winner of the 2019 edition of the Cannes Film Festival and one of those rare masterpieces awarded with the Palme d`Or which met the ovations of the jury, of the critics and of the audience. The film tells the story of the Ki-taek family members who are unemployed and who are interested in the life of the rich family Park. One day, their son succeeds in getting a recommendation to teach private English classes at the Park family and this is the beginning of a series of actions that are impossible to control. Variety writes that the “Korean auteur Bong Joon-ho is on excoriating form in his exceptional pitch-black tragicomedy about social inequality in modern Korea.” Time 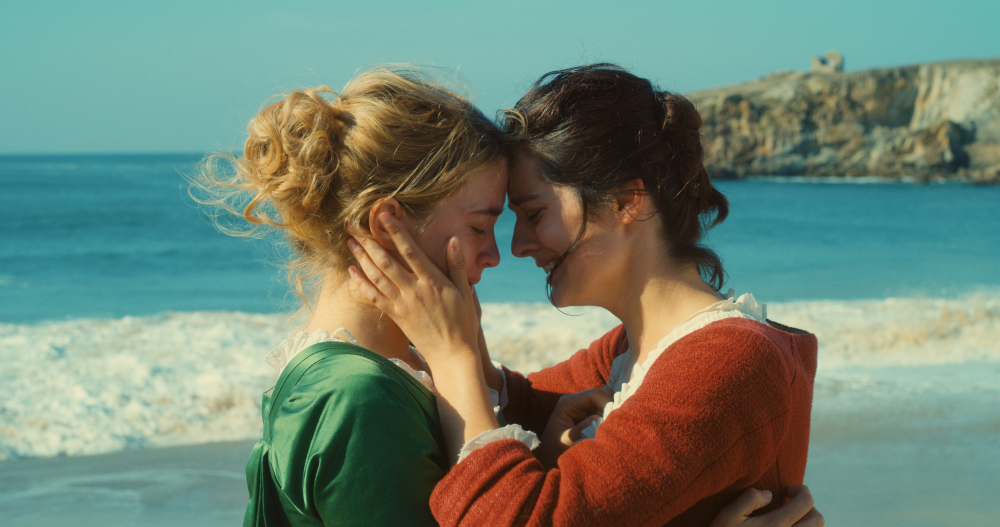 magazine believes that the film is “a superb example about how a well-told story, with alive characters, can cut to the core and can get you thinking about it for days.” Times concludes: Parasite “is the masterpiece that the author led his entire career towards.” Dolor y Gloria, It Must Be Heaven and Parasite are distributed in Romania by Independența Film.
Portrait de la jeune fille en feu, directed by Céline Sciamma, received the Best Screenplay Award in the Cannes 2019 official competition. The story is set in 1770. Marianne is a painter hired to paint the portrait of Héloïse, a young aristocrat, 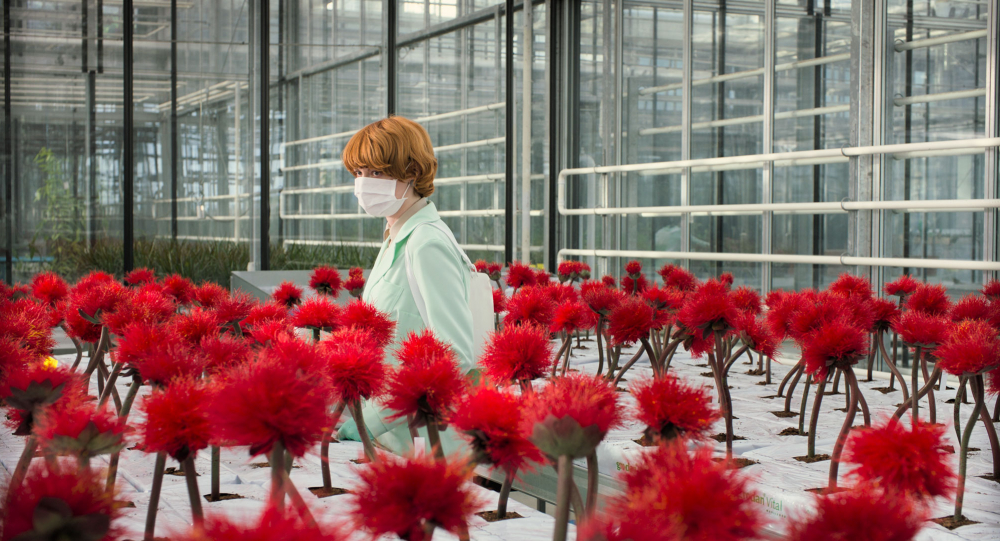 who recently returned from the monastery, but who refuses to pose. Marianne will be forced to paint her portrait secretly. “Far from being a rigid period drama, the film brings a deeply troublesome love story, with a modern soul, but also a powerful, compassionate feminist fable”, the Americans from the AV Club say.
Little Joe, directed by Jessica Hausner, won the best Actress Award at Canes 2019 (Emily Beecham). The film is a clinically stylized commentary on the hubris of humanity and of happiness as a merchandise. The film tells the story of a brilliant plant designer who starts to believe that her latest creation – a flower with a scent that makes people happy – is effecting subtle changes on the personalities of those who inhale its pollen. The performances are pitched a degree or two away from reality. Boldly synthetic in its approach, in everything from colour palette to performance style, this film won`t be for everyone. But for those who engage with it, this oddly off-kilter piece of storytelling should exert a pull every bit as mesmerizing as any genetically modified mood-enhancing shrub.” Screen Daily writes.
Details: www.filmedefestival.ro