Fiesta del cine-marathon for short, at Shut Up Beach


The Association for the Development of the Romanian Film (ADFR) is setting up the first edition of the event FIESTA DEL CINE, located at the crossroads between film, music and art, which announces its pilot edition to be held on September 1st, starting at 20:00, at Shut Up Beach, Mamaia. 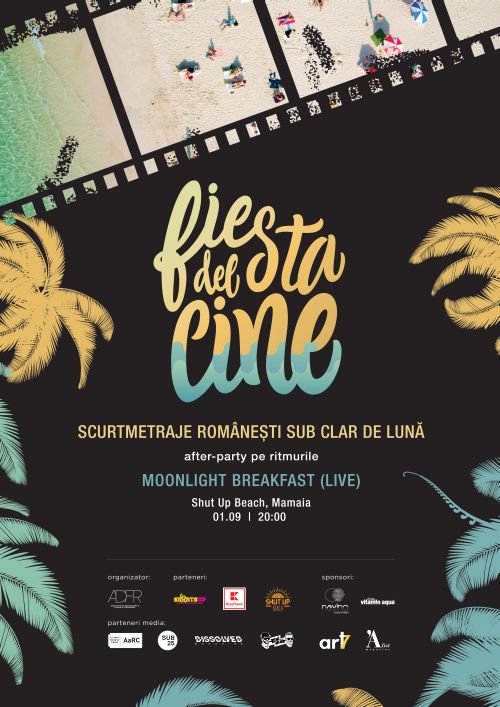 The event's night will kick off with a shorts marathon, followed by a party until dawn on the music of Moonlight Breakfast.
The shorts to be screened at the event were carefully selected by ADFR & ShortsUP, more precisely by selector Massimiliano Nardulli (NexT Film Festival, Timishort, Brest etc.) and by ShortsUP artistic director / film selector, Alexandra Safriuc. The selection of the first Fiesta Del Cine edition brings together a variety of genres and subject, with a view to render the audience an accurate view on the short film production of the latest years. Fiesta del Cine is promoting the Romanian film industry and its people, being also a converging point by reuniting several artistic expression channels.
The Association for the Development of the Romanian Film is a non-profit organisation, offering useful info on the entire Romanian film industry, with the purpose to create connexions between partners from the country and abroad. Founded in 2016 by a group of young filmmakers, ADFR targets to support, promote and develop the Romanian film industry into a strong global film producer.
ShortsUP is an independent cinema project initiated in 2008. ShortsUP mission is to increase shorts' visibility and, on long-term, their value.
Details at: www.romfilmdevelopment.org // facebook