“Soul`s Redemption: a Pocket Guide”, in Cinemas from September 21

Soul`s Redemption: A Pocket Guide / Fals tratat de mântuire a sufletului, Nicolae Mărgineanu`s latest feature film, will be released in the Romanian cinemas on September 21.
The film tells the story of a CNSAS (the Council of Study for the Archives of Securitate – the former Communist secret police) investigator Sorin Toma. Almost the entire heritage he can pass 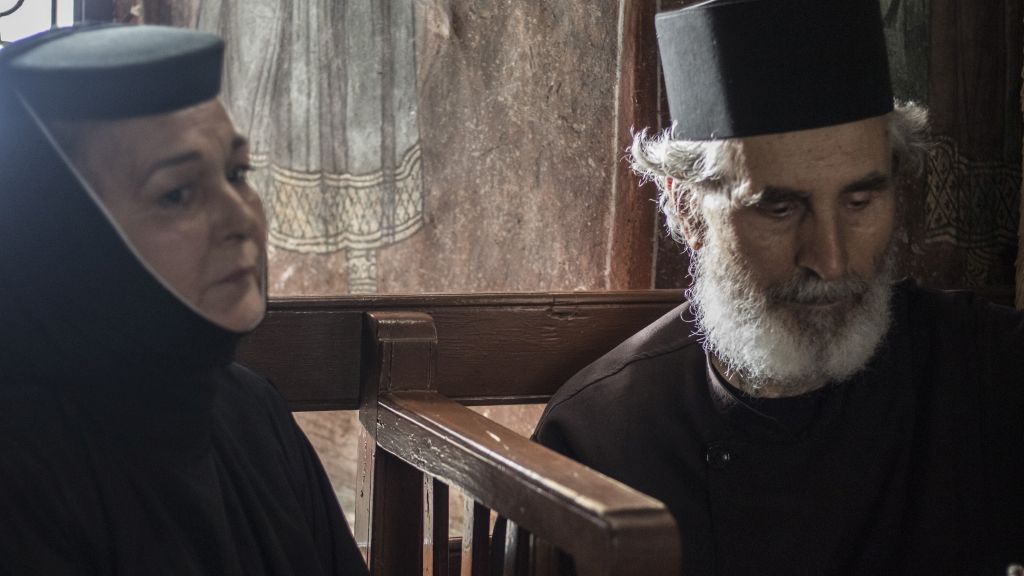 onto his young colleague, his “apprentice” is one of revenge and of threats, hoping to make a “hunter of Security agents”. But Radu, who hasn`t lived during those Communist times, doubts his convictions whenever he has the chance.
A case of a lifetime shows up for the team Radu-Toma – a file which brings evidence not only of a prominent religious figure – father Iustin – collaborating with the Communist police, but also of his possible involvement in a murderous act.
In 1988, a young student who became a monk committed suicide. Toma is convinced that the old monk is involved in the novice`s suicidal. The two of them climb to father Iustin`s hermitage, in a cave on top of a mountain. At the end of this battle of convictions and human energy, none of the protagonists will be the same as before.
The film features the actors: Ioan Andrei Ionescu, Bogdan Nechifor, Remus Mărgineanu, Maria Ploae, Valentin Uritescu, Cornelia Bloos, Alexandru Georgescu, Mioara Ifrim.
Details: Fals tratat de mântuire a sufletului FB