The Documentary “Destinies”, about Samuel Bistrian

The biographical documentary Destinies, aired in national premiere on KANAL D, on December 1, 2019, at 9:30, presents the incredible life story of Samuel Bistrian, a young man who spent his childhood in the Benești village, the Arad county (which has only 99 inhabitants), who now puts boots on the feet of the poor children all over the world. 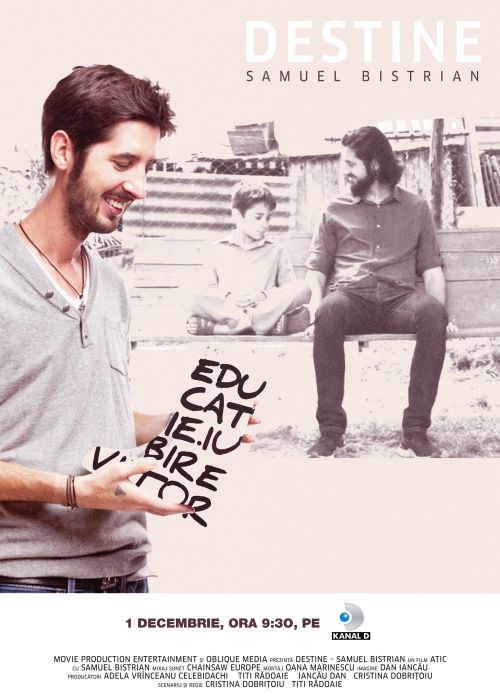 Samuel Bistrian was born in a poor, numerous family, 38 years ago. When he was 8, his parents decided it was high time they offered a better life to their eleven children and so they decided to immigrate to the United States. When Samuel got to the point in his life when he was working as a department manager in a company in the fashion industry, he knew the time had come to offer something back to those who were at home, in Romania, but also, on a larger scale, to give to all those who struggle to survive in other parts of the world.
So this is how he set the foundation of his ROMA BOOTS company, which offers these children a small symbol, but of a great meaning, a hope that there are chances to an easier way in life - a pair of rain boots.
“Even in a small village like Benești, we were a lot poorer than most of the people, but I had no idea about it. I discovered this many years later, when I came back to the village. Therefore, everything that happened after we left Benești was a progress for us, especially the fact that we arrived in the US, where it is not easy to get, especially from Romania. And such an opportunity, for a numerous family like ours, meant for us a moral duty to do something. Even more, as parents always said that God had a plan for our family. And this thing made me realize, from a very young age, that my life has a purpose.” Samuel Bistrian says.
In this episode we follow Samuel`s journey to his new life in America and also the story of ROMA BOOTS which in its 9 years of activity has donated 2 million dollars worth of rain boots, in 28 countries in Europe, Asia, Africa, Australia, North and Central America.
Destinies is part of a series of documentaries which present the stories of some Romanian people who proved that success can be achieved despite the most difficult social situations. The documentaries will be aired on Kanal D. This documentary is an Oblique Media Film and Movie Production Entertainment. The producers are Adela Vrînceanu Celebidachi, Titi Rădoaie, Dan Iancău, Cristina Dobrițoiu and it is directed by Cristina Dobrițoiu and Titi Rădoaie. The film is made with the support of OMD, Orange, Emag, Nestle, Zenith, Engie, Sensiblu, McCann Romania, BPN, Alka, Publicis, Pehart tec, Ferratum, Mediatour.