”The Morning That Will Never End”, CiprianMega`s directorial debut


The screening of the film at the MȚR Cinema brought many spectators, filmmakers, film lovers and also representatives of the church. The interest for the feature film The Morning That Will Never End / Dimineața care nu 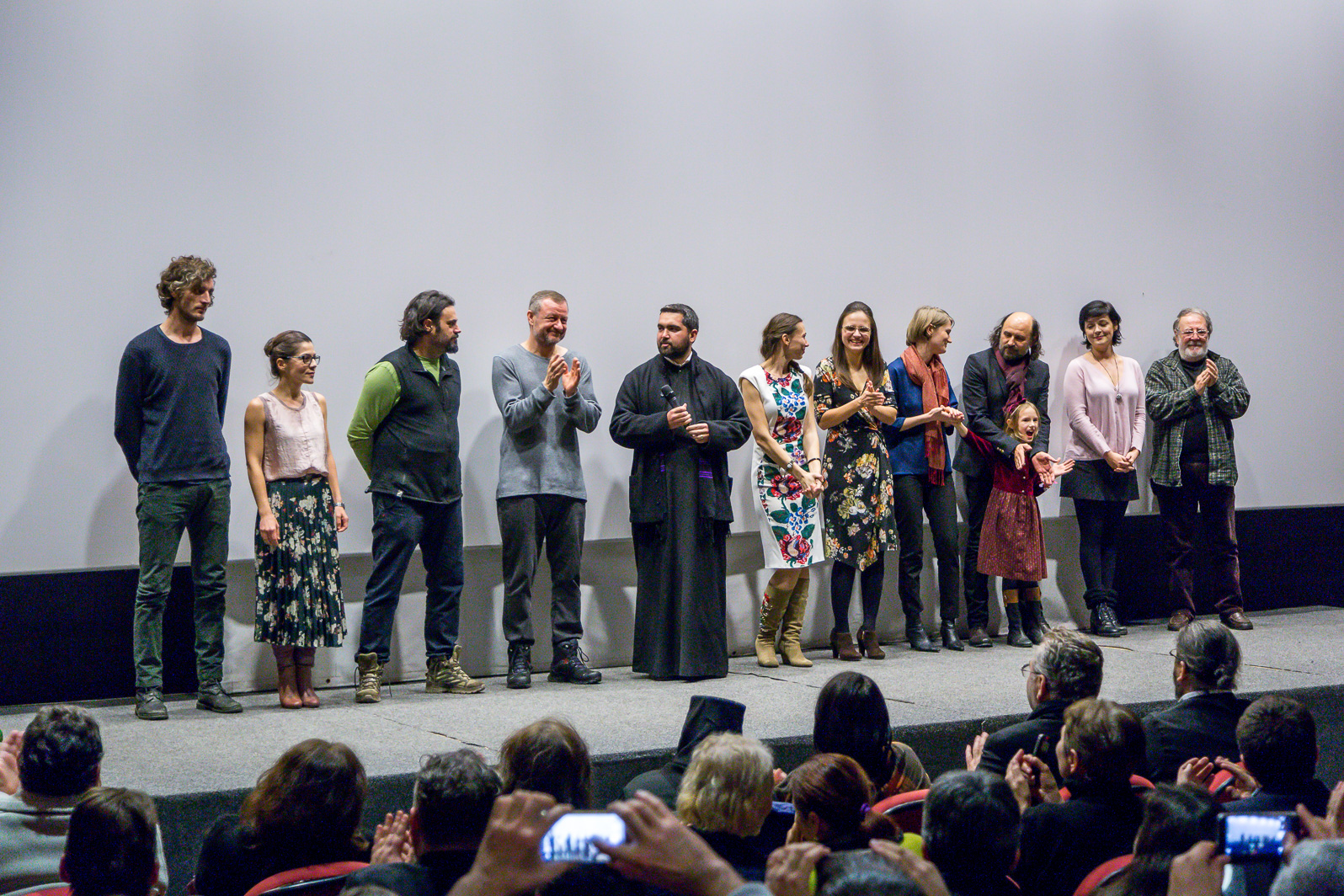 se vasfârși - written and directed by Ciprian Mega and for which Liviu Mărghidan was the cinematographer and the producer –was generated by the fact that it represents the directorial debut of a priest. Ciprian Mega is the Orthodox priest of the Romanian community in Cyprus. He succeeded in building a Romanian church there and also in getting to know very well the people that come to the church. A young, modest, contained man, the priest Ciprian Mega took the step towards cinema in order to tell a story.
Eva (Ela Ionescu) is a Romanian woman who is a prostitute in Cyprus and sends money home, where her daughter is. She is a beautiful, intelligent and cynical woman, she has regular dates with the Romanian consul from the island. She lost her faith, but she has a life changing experience with the priest of the Romanian community (Valeriu Andriuță).The moment is important for her because she discovers that she is sick, but also in love.
The film critic Elena Dulgheru attended the premiere and introduced the film, speaking about “the lost and found ingenuity of the Romanian film”. Shot in Cyprus in only 13 days, The Morning That Will Never End / Dimineața care nu se va sfârși also stars Valer Dellakeza, OvidiuCrișan, Ana Maria Moldovan, Marius Stănescu. The small crew and the intense way of working created a special atmosphere on the set and outside of it. Ciprian Mega sent the screenplay to Liviu Mărghidan and convinced him to be the cinematographer and the producer of the film. He also convinced Mihai Bogos to be in charge of the sound and Mihai Orășanu to be in charge of the post production. An entire crew of professionals were actually convinced by the project of a debutant.


Ela Ionescu was won over by the part she played and also by the way of working with Ciprian Mega.


Valeriu Andriuță thought the people would make a connection between this film and the part of the priest he played in Beyond the Hills / După dealuri, but the two characters are very different, so he accepted to get involved in this project. His daughter, Vanessa Andriuță, is also in the film and his wife, Iulia Andriuță, signs the editing. Cinematography: Valeriu Ciubotaru