Driving the ATV into the woods: “Tudo” – film review

Judging by the rhythm of the premieres, one thing is for sure: Iura Luncaşu is a hard working boy. He has recently released Sweet Little Lies@Downtown, then he returned with Tudo. It is 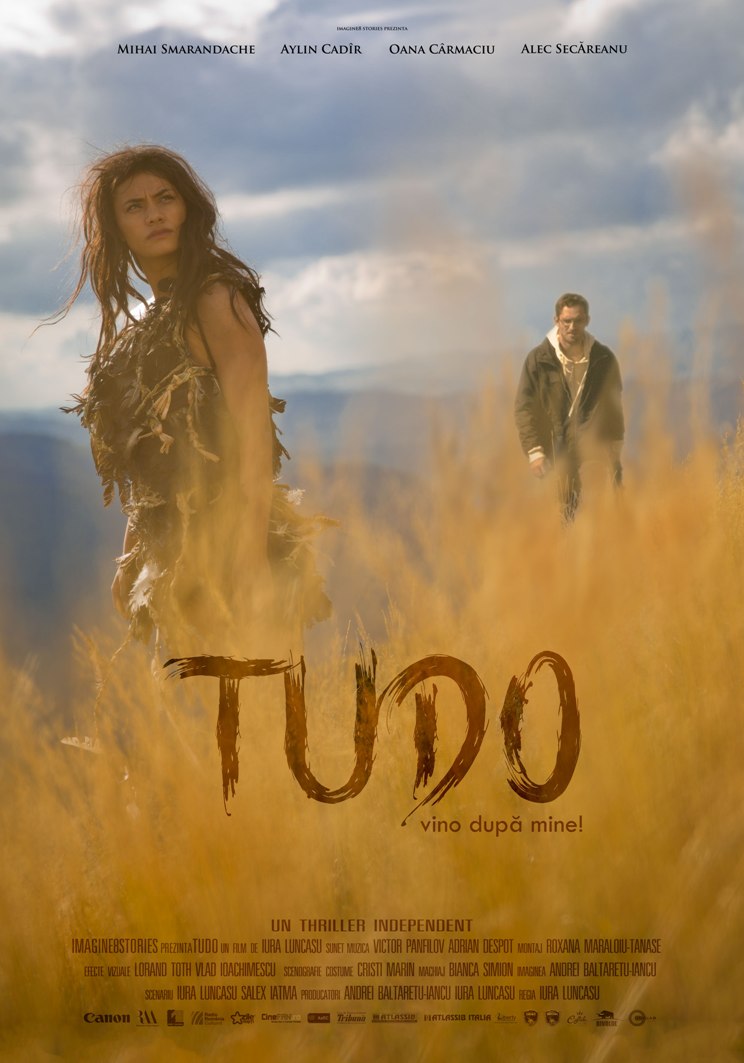 true that he has a serious training of working on TV series, which won`t let you think too much. Luncaşu is not only hardworking, but also ambitious, ready to jump to new experiences. At 16 years old he changed his native place from the Republic of Moldova and the perspective of becoming a piano player, choosing to study acting in Iaşi and chasing the dream of having his dressing room in the first National Theatre built in Romania. At 22 years old, being an actor on a province stage (in Piatra Neamţ) disappointed him and abandoned it for a career in the TV stations in the capital.

At 40 years old he ventured to temporarily leave the generous umbrella of the PRO trust, which ensured him the position of “the father of the Romanian soap opera” and to see how he can handle such a film experience on his own. So this is how the independent film Tudo came to life; it intends to be more personal and dallies with the formula of the art cinema, but without giving up the stereotypes of the commercial cinema. The poster lets us know the film is a thriller, so a genre that the audience loves. The stake is trying to find a girl who has grown up in the wilderness, after her father had been eaten by the wolves. Wow! A young doctor feels compelled to go find her somewhere in the woods. He starts his quest driving
his ATV through a beautiful hill landscape, followed closely by his girlfriend, who disfavours this adventure. Let`s say that up to this point there`s nothing wrong, though the hero`s motivation and stubbornness are unconvincing. Unfortunately it will stay like this until the end. In the meantime, the film crams a series of events which should create the suspense, but which are no more than an accumulation of clichés poorly solved, directorially speaking. Neither the strange noises from the forest that want to suggest the presence of the wild girl, nor the soundtrack which is conspicuously insinuating, nor his lover`s fright succeeds in impressing us. And the thing which is worse – the wild creature who is half-covered in rags and leaves can`t do it either.

As the hero`s girlfriend says, the chaser becomes chased by a horny female, who puts up airs and attitudes of Xena, the warrior. The doctor makes a useless fuss, obviously disturbed by the rough ground. Even the co-writer director felt the need to bring some more overused ingredients: an evil brother, accompanied by some matching friends, the rape of the hero`s  girlfriend, etc. Honestly, the story is embarrassing.
I`m sorry about Mihai Smarandache whom I admire every time I see him on stage. I was hoping to see him play a main character in a film. But the doctor in Tudo complicates his future film career, instead of launching it. A film from the `50s came to my mind, starring Marina Vlady who plays a girl from the woods that Maurice Ronet falls in love with; he plays the part of an engineer, who tries to bring her to the modern world: The Witch (La Sorciere). It is a simple film, without claiming too much, made by an obscure director (André Michel), but the story was so attaching and with lots of meaning. Maybe it would be a great idea for the nowadays directors to search through yesterday`s films and even older, in order to find some marks.
Though I believe that basically an independent film should be welcomed because in theory, it is an endeavour born out of a few filmm

akers` passion to make films, despite all kinds of problems. And I wonder – for his sake and for the viewers` one - if it weren`t better both for him and for the audience to stick to his title of “the father of the Romanian soap opera.”