When you go to watch a 3 hours film, you expect it to have boring moments, meaning sequences where nothing much happens. Sieranevada, the film written and directed by Cristi Puiu is three hours long, but you are not aware of them, you are fully connected to the story which has 16 characters that move in an apartment from a block of flats. Even if the event is dramatic – the memorial service celebrating one year since the father`s death, the film also has a lot of humour, unintentional for the characters and very much intentional for the screenplay`s author.
You witness an entire choreography of the actors, directed by the maestro conductor. The camera (Barbu Bălășoiu is the director of photography) is a kind of a ”stalker”, it doesn`t miss a thing, even if doors open or close. The music chosen by Cristi Puiu add important accents to the story.
Cristi Puiu, Anca Puiu, Dana Dogaru and Mimi Brănescu attended the press conference following the screening of the film. They spoke about the idea of the screenplay, financing sources and budget, hayfevers, the Nevada glass brick (that the title derives from), about a story from Cristi and his brother`s childhood which ended up being an episode told in the film, about the sequences which got to the story, though they hadn`t been in the initial screenplay and which made the film duration agreed by the international distribuitor Wild Bunch even longer.
Sieranevada will be in the Romanian cinemas starting with the 9th of September 2016.
Cinematography: Nicolae Cara 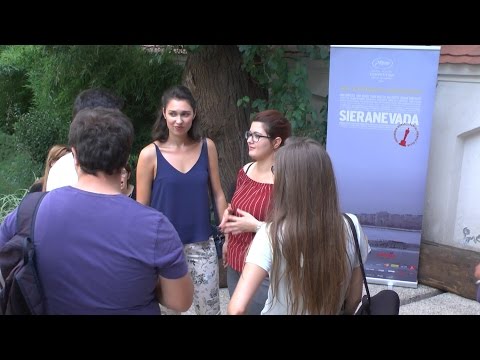