Film critic is the theme of the future meeting of the Circle, set up by Cinepub LIVE at the Bookstore Cărturești Verona, on Tuesday, 30 Nay, at 19.00. 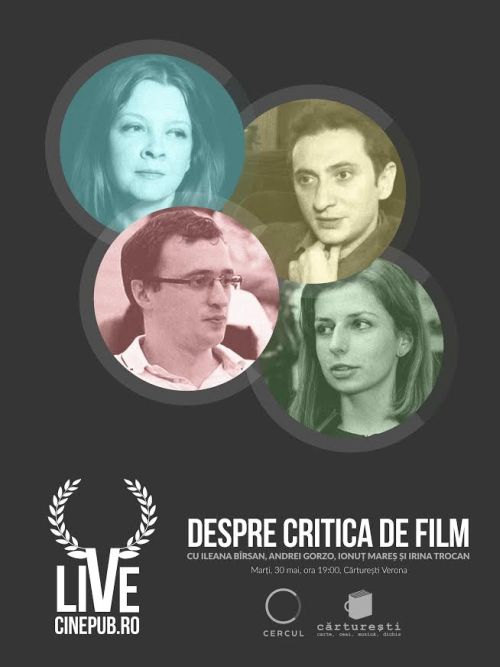 The evening's guests are Irina Trocan, Andrei Gorzo and Ionuț Mareș, and the moderator of the talk will be Ileana Bîrsan.
What is the influence of the critic in the viewers' reception of the movies? Is it influencing the box-office? How important is the festival circulation of a film for its subsequent sales? These are just a few of the topics to be discussed by the four Romanian critics within the Tuesday night event.
Details at: Cinepub.ro