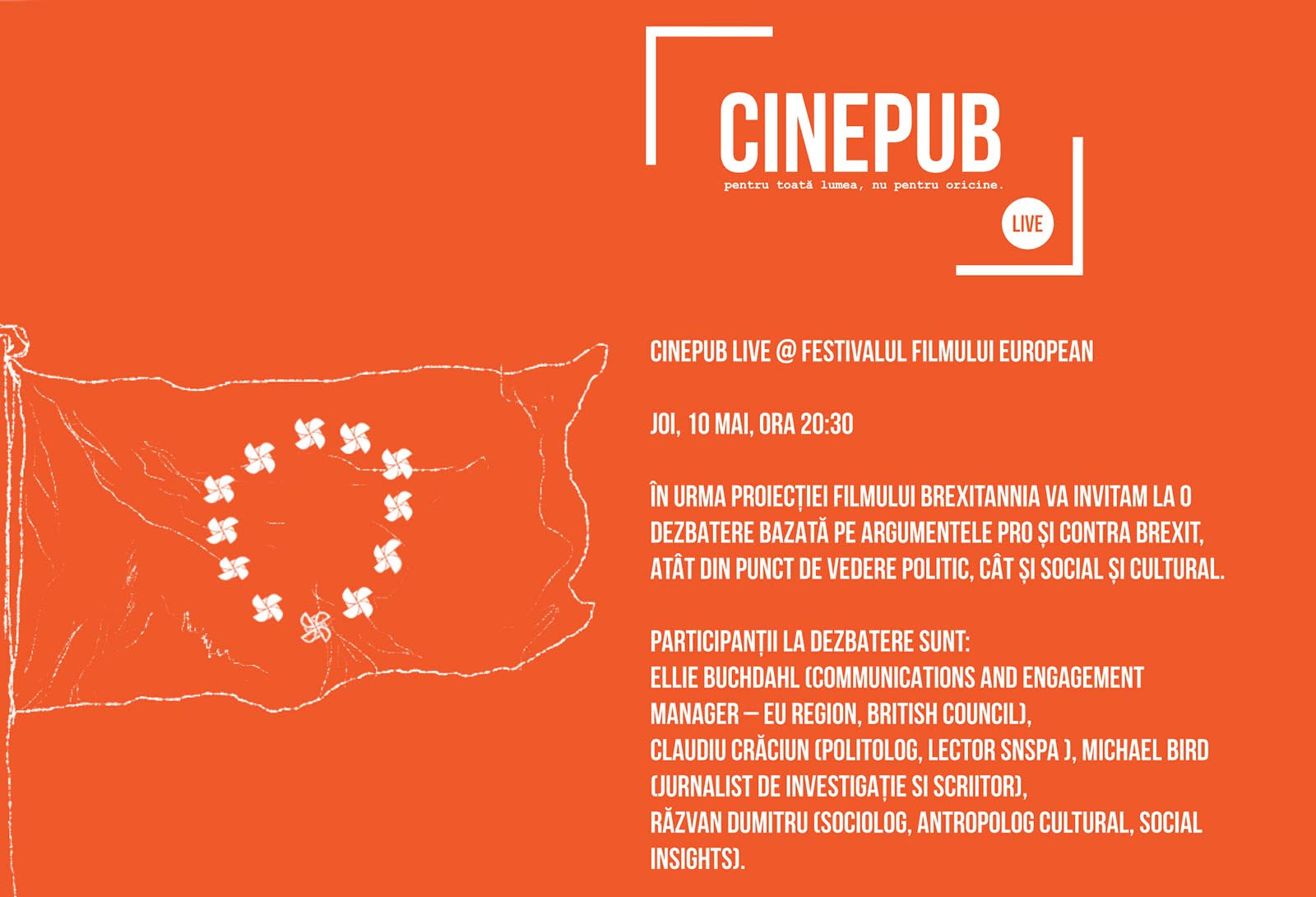 Brexitannia says.
After the screening of the film Brexitannia (Thursday, May 5, 2018, 19:00, Czech Centre), during the European Film Festival, Cinepub Live and FFE invite you to a debate regarding the pros and cons of the Brexit, both politically, socially and culturally.
The participants to the debate are Buchdahl (Communications and Engagement Manager – EU Region, British Council), Claudiu Crăciun (politologist, lecturer SNSPA ), Michael Bird (investigation journalist and writer), Răzvan Dumitru (sociologist, cultural anthropologist, Social Insights).
The discussion will be in English and can be watched online on CINEPUB LIVE.
Detalii: www.cinepub.ro