On October 30, 2019, the Cinema ARTA from Cluj-Napoca celebrated 106 years since its inauguration. For the occasion, in November, Cinema ARTA prepared a preview programme, offering bits of the future programme of the cinema. 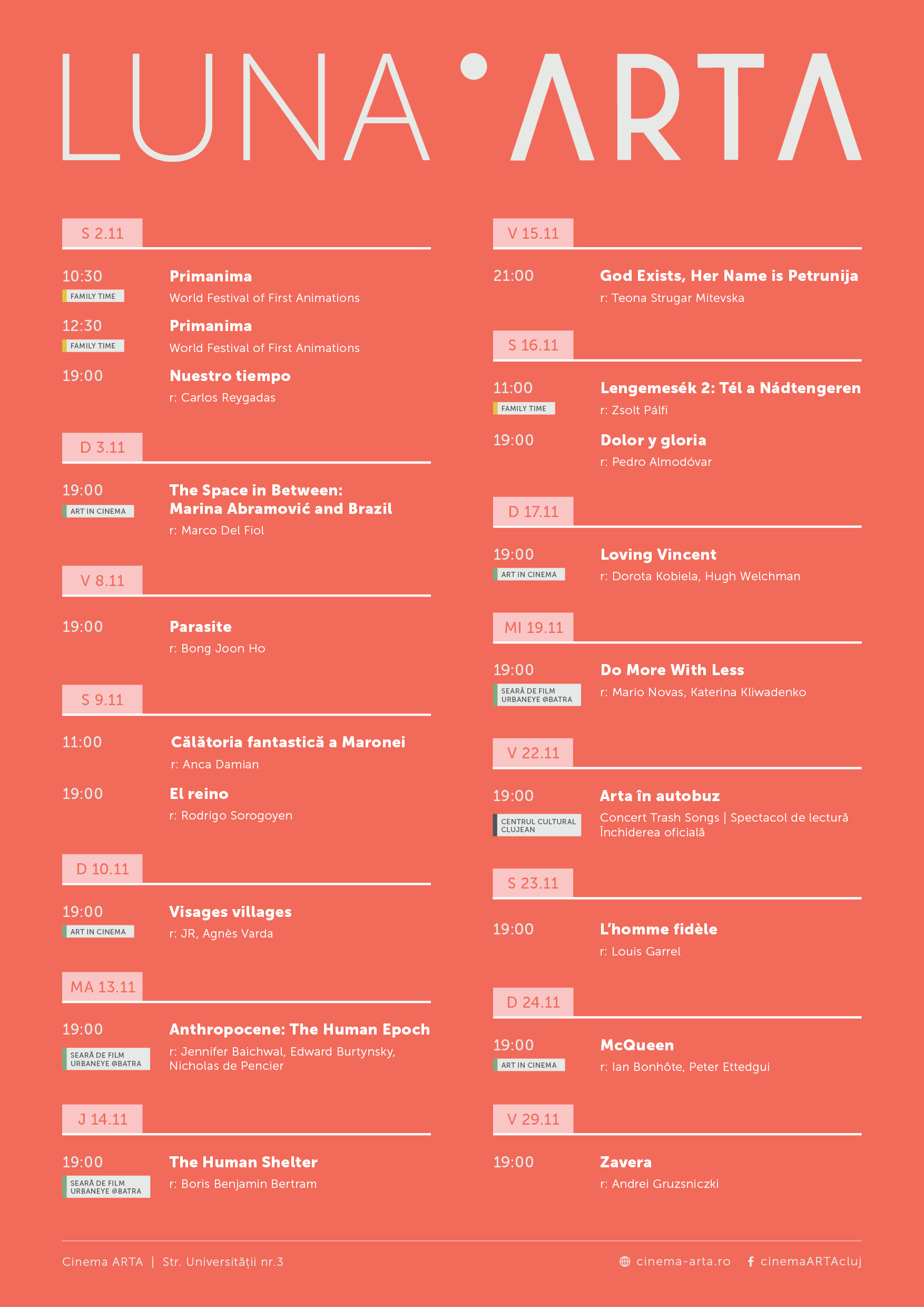 During the entire month of November, Cinema ARTA will host screenings of new films, curated programmes, as well as special events. The evenings of Friday and Saturday are dedicated to the month premieres, as well as to a selection of recently awarded films.
On Saturday, November 2, Family Time, the programme dedicated to children and families, will be inaugurated with a special event: a selection of animated short films from the competition of Primanima First Animations International Festival. The animated films for children from the festival which this year reached its 8th edition, can be seen in more cities in Hungary, Romania and Germany.      For the fourth year in a row, Cluj-Napoca becomes the regional location of the festival.
At the same time, in November the Art in Cinema series starts with screenings of recent fiction films and documentary films, which presents the life and work of some artists. On the November Sundays, the film lovers from Cluj-Napoca will have the chance to watch four films about four artists: Marina Abramović, Agnès Varda, Vincent Van Gogh and Alexander McQueen.
Also in November the UrbanEye Film Festival from Bucharest which this year reached its 6th edition, comes to Cinema ARTA with the series The UrbanEye Film Evenings, organized on the occasion of then Transilvania Architecture Biennale. The film lovers and the architects have the opportunity to watch three special documentaries about the fascinating connections between living, environment and local resources, on November 13, 14 and 19.
Details: Cinema ARTA