On Friday, November 23, 2018, the Romanian Film Centennial arrives in Piatra Neamț, with two film screenings and two book launches. The events will take place at the Dacia Cinema in Piatra Neamț and they will have as their guest the actor Ion Dichiseanu. 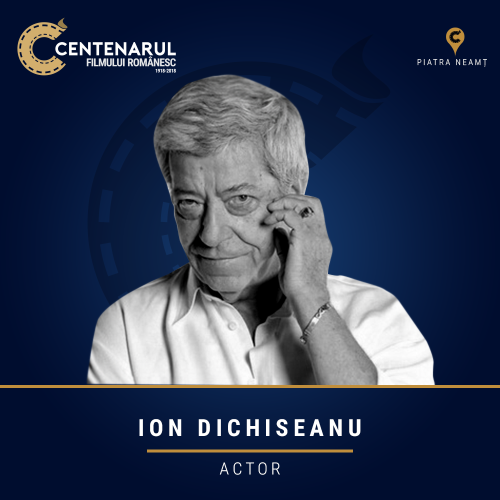 On Friday, November 23, the screening of the film Tudor (directed by Lucian Bratu, 1962) is scheduled at 12:00. At 18:00 the launch of two books written by Ion Dichiseanu will take place: “Adevărul, mai frumos decât legenda” (Polirom, 2017) and “Am fost rivalul regelui. Povestea mea de iubire cu Sara Montiel” (Polirom, 2016). The author will attend the launch event.
The evening will end with the screening of the film Titanic vals (directed by Paul Călinescu, 1964).
The invitations for the films and for the books launch events can be found at the Dacia-Panoramic Cinema and at the Piatra-Neamț City Hall, room 11, starting with November 14, 2018.
The access to the screenings is free, upon seats availability.
The Romanian Film Centennial is supported by the Piatra Neamț City Hall.
Details: 100filme.ro