The Best Films for the Young Audience, in Premiere at KINOdiseea

The 11th edition of the International Children Film Festival will take place in Bucharest, from November 8 to 1 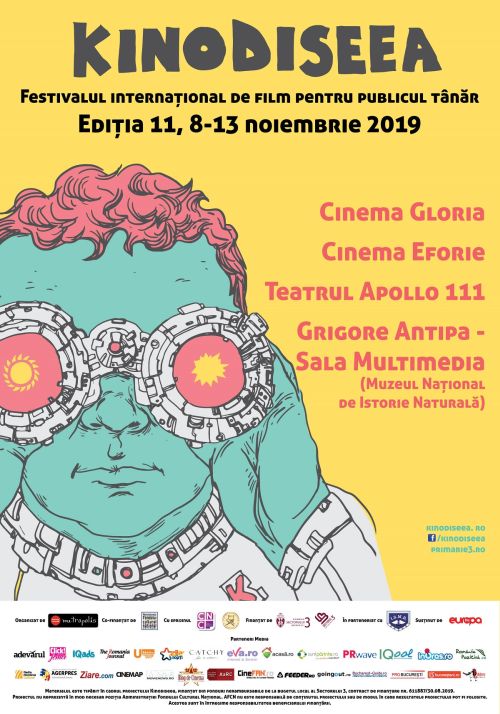 3. For 10 years, KINOdiseea brought to the attention of the audience in Bucharest, films in premiere in South-Eastern Europe or in Romania, the latest films for children, appreciated by the international audiences and by the film critics all over the world, awarded in international festivals, such as Berlin or Sundance, productions with educational and social thematic, which are not selected in the usual distribution network.
This year two feature film competitions will take place – KINOdiseea Junior brings on the big screens of the Gloria Cinema and Eforie Cinema, eight films dedicated to the children aged 3 to 14, to the parents and teachers.
The official selection of the KINOdiseea Youth competition includes four titles for the teenagers, over 15 y.o., which will be screened at the Apollo 111 Theatre on November 9 and 10.
The festival also includes five short film competitions, for different age groups which can be seen at the Grigore Antipa Museum – Multimedia Hall.
The opening gala will take place at the Gloria Cinema, on November 8, starting with 19:00, with the film My Extraordinary Summer with Tess, directed by Steven Wouterlood, who was a guest of the KINOdiseea festival in 2016, when he came with one of his short films. The film received the Special Mention of the Jury at the 2019 Berlinale, the Generation section, the Best Film Award at the Zlin Film Festival and it is one of the most acclaimed European films for children of the year.
Details: www.kinodiseea.ro // KINOdiseea FB