On Sunday, October 21, 2018, the Romanian filmmaker Anca Damian received the “Mirada Internacional” Award during the Closing Gala of the 27th edition of the Madrid Film Festival – Platform for New Filmmakers. The distinction acknowledges the work of a pioneer in the field of the docu-animation in Romania and also of a unique voice in the European film panorama. 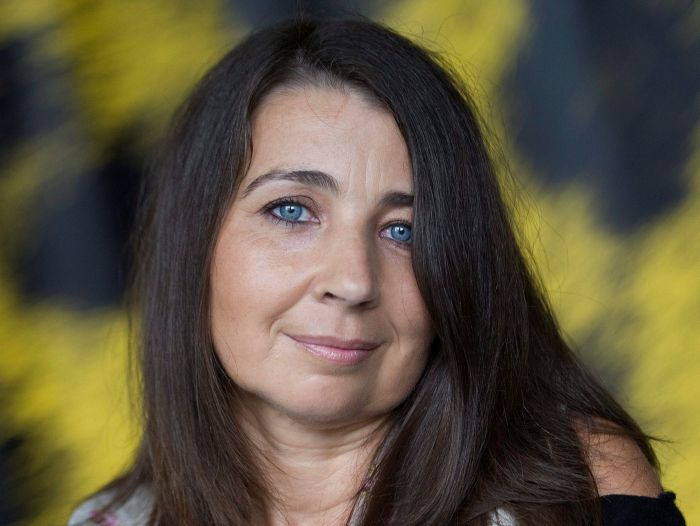 According to the festival organizers, “Anca Damian is a total creator, a landmark and a true inspiration for the young filmmakers”.
During the 12 days, the Madrid Film Festival, in collaboration with the Romanian Cultural Institute in Madrid, offered the audience the chance to get to know closely a significant part of the director`s work: the short films Carré (2016) and The Call / Telefonul (2018) and the feature films Crulic, The Path to Beyond / Crulic,drumul spre dincolo(2011),  A very Unsettled Summer / O vară foarte instabilă (2013) and The Magic Mountain / Muntele magic (2015).
On Saturday, October 20, 2018 and on Sunday, October 21, the Anca Damian was in Madrid and talked to the audience about her sources of inspiration, about calibrating the formal and aesthetic choices with the film subject, but also about the role of the women filmmakers in the contemporary cinematography, which fit perfectly the festival slogan, “Women are shooting too”.
This prize which gratifies the trajectory of the director until today, comes one day after she received  the Best Director award for her latest feature film - Moon Hotel Kabul.
The Madrid Film Festival – Platform for New Filmmakers which this year takes place from October 11 to 23, 2018, is a traditional event on the independent film scene of Madrid.
Details: ICR Madrid // CineRumano // Instituto Cultural Rumano