On 21 September, 2016, the preselection for the 24th Edition of Alter-Native International Short Film Festival will kick off, to be held early in November, in Tîrgu-Mureș. 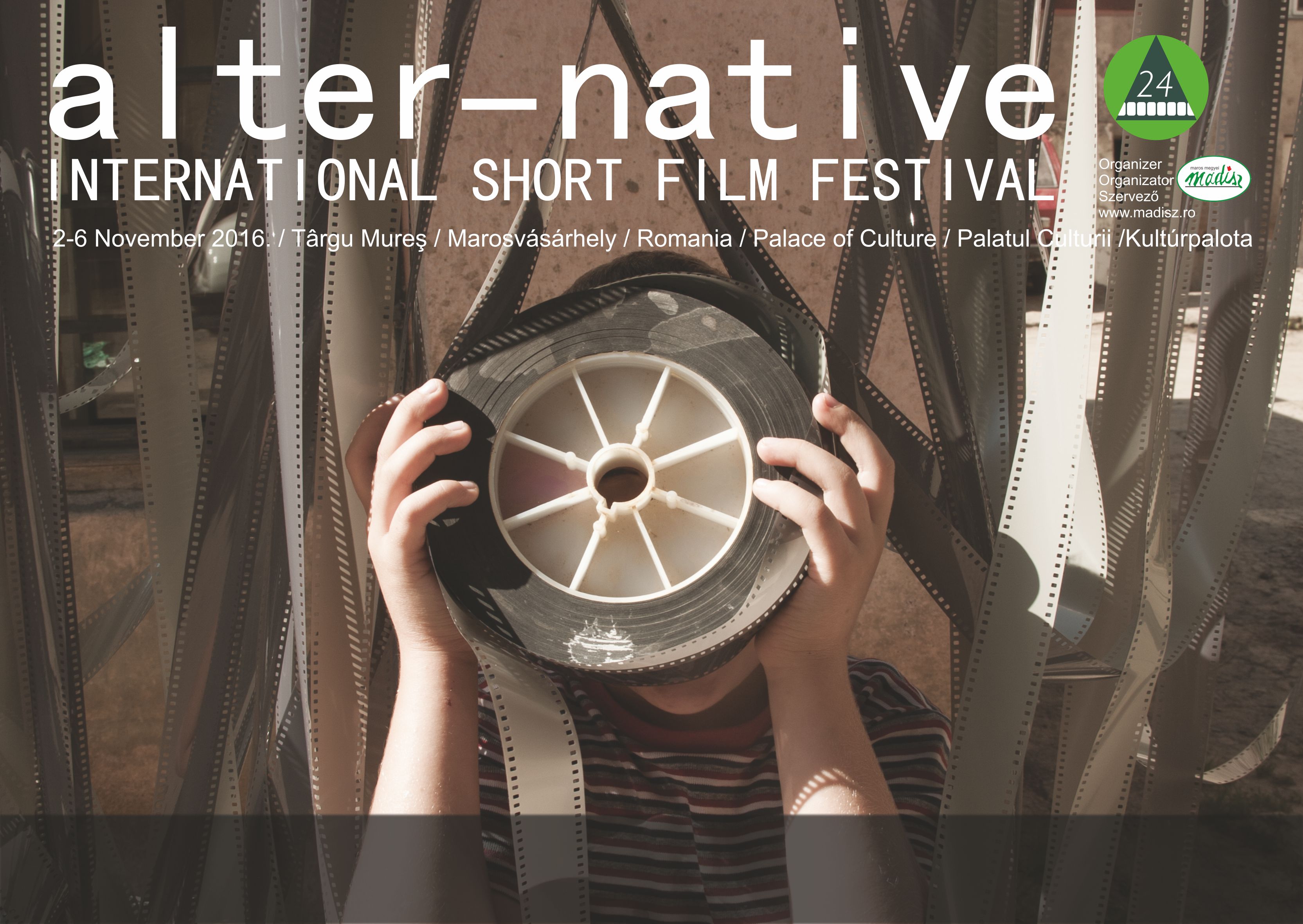 In the event's competition programme, unfolding between 2 and 6 November, the call for entries was opened in for categories: fiction, documentary, experimental and animation – with a maximum duration of 30 minutes. Of the 820 works submitted until the deadline on 15 September, 766 shorts were found compliant with the criteria under the Festival's regulation, but only 740 reached the organisers.
The preselection jury is made up of: Durst György (producer, Hungary), Radu Vasile Igazság (visual artist and film director, Bucharest), Schneider Tibor (director and cameraman, Cluj-Napoca), Marcel Ţintar (film and theatre director, Tîrgu-Mureş) and Berecki Beáta-Hajnalka (film critic, marketing manager at Tîrgu-Mureș National Theatre).
The list of films entered into the competition will be made public until the end of September on the Festival site, having a new address starting this year: www.alternativeiff.ro.
Details at: www.alternativeiff.ro