Alina Șerban, the Best Actress of Germany in 2020 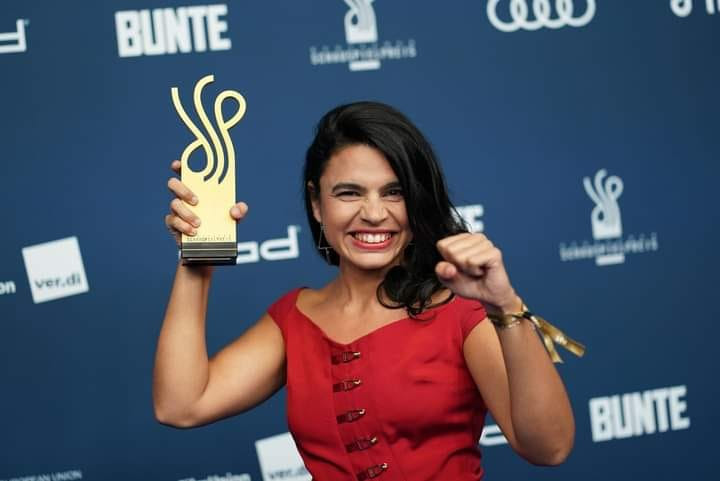 Alina Șerban was chosen the Best Actress of Germany for her part in the film Gipsy Queen (Austria-Germany, 2019), directed by Hüseyin Tabak.
The 8th edition of the German Actors Guild Awards ceremony took place on Friday, September 11, 2020 in Berlin.
In Gipsy Queen, Alina Șerban played the character Ali, an immigrant Roma single mother, a brave woman who fights to offer her children a better life.
Though before this film the actress couldn`t speak German and knew nothing about boxing, she took up classes and intense training.
The film includes a boxing scene that writes film history – the longest boxing scene shot in one take. For this scene, Alina met Maria Lindberg, a world boxing champion, in the ring.
In her acceptance speech, Alina Șerban talked about her own experience, about her childhood years that she spent in poverty, with many other kids and about her mother who empowered her, giving her the strength to see beyond poverty and racism.
For the part she payed in Gypsy Queen, Alina Șerban also received the Best Actress Award at the Tallinn Black Nights 2019, the most important film festival of the Baltic Countries, as well as a nomination for the German Film Academy Awards (LOLA).
Alina Șerban is an actress, dramatist and director, the initiator of the theatre with Roma social message in Romania and the winner of many international awards. The first person in her family who graduated high school, she continued her studies at UNATC Bucharest, New York University – Tisch and she obtained her Master`s diploma from the Royal Academy of Dramatic Art, London.
The actress made her debut as a protagonist in the feature film Singură la nunta mea/ Seule à Mon Mariage. The film was selected for the Cannes Film Festival in 2018, in the ACID programme. In 2020, she made her debut in film directing with the short film Letter of Forgiveness / Bilet de iertare, which received a special mention at TIFF 2020 and which is selected to be screened in many international film festivals.
Details: Deutscher Schauspielerpreis
(14.09.2020)