Alexandru Popa, about “The Secret of Happiness” 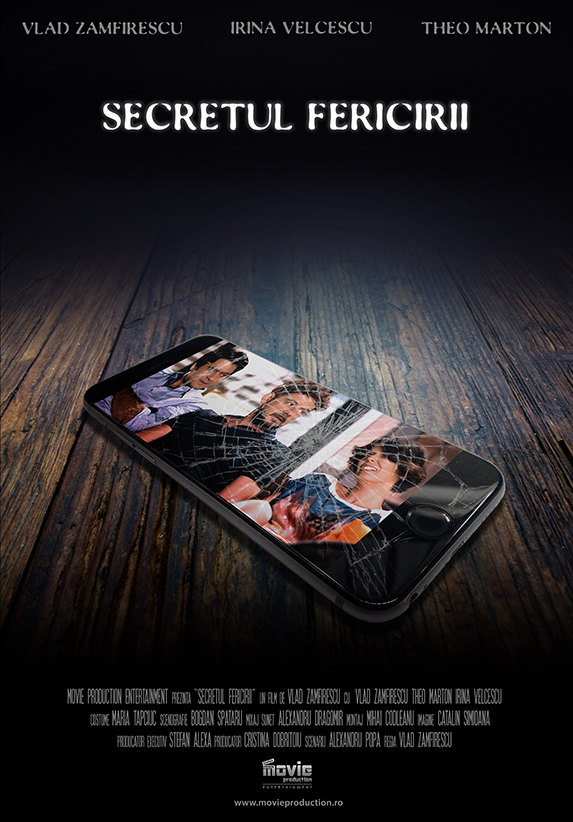 2018 (Silver Award: Best Debut: Vlad Zamfirescu), Burgas International Film Festival, Bulgaria, 2018 (Selected in the official competition, with a special screening on July 23, 2018). In July, the film was selected for the feature film competition of the 2018 ANONIMUL Film Festival.
The screenplay was written by Alexandru Popa, who explains what inspired him in creating this story: “It`s about the chiaroscuro. It`s that ambivalent area of lie and truth, transparency and opacity that is implied in the relationships between people. I don`t know how things function elsewhere, but in the world that I know and I think I understand to some extent, the friends the family members and the people engaged in a sort of long term relationship always seem to be suspended between the desire to share and the necessity to hide.
If the screenplay was inspired from real life? Of course it was. If it tells a true story? It definitely doesn`t. Of course, just like my characters, I oscillate between fiction and reality.” The author of the screenplay invites us to go watch the film, because “we will laugh, we will be glad and we can choose sides – Toma`s, Ana`s or David`s – and we can discover, in the darkness of the cinema, the secrets of some people that could be our neighbors, colleagues, friends, or…not.”
The film is a Movie Production Entertainment production and the producer is Cristina Dobrițoiu.
Details: Facebook