AdDOC, the first documentary film festival in high schools, will open in Caracal on 2 May 2017. The screenings will be held in 25 high schools of 12 towns, throughout the month of May, being followed by talks with either directors and filmmakers, or with industry professionals. 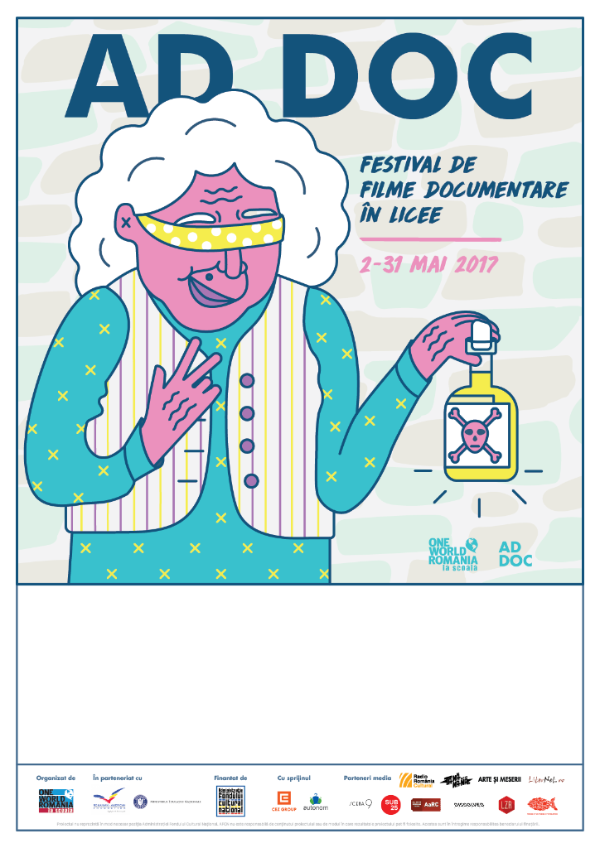 The Festival will open on Tuesday, 2 May, starting at 12:00, at Marin Sorescu National Theatre of Caracal, with a special screening of the multi-award winner Toto și surorile lui / Toto and His Sisters (directed by Alexander Nanau). The protagonist of the film will attend the screening, together with the PlayHood theatre troupe.
“We invite you to play: TRUTH OR DARE. Yes, exactly. We change the or into and, because our society holds truths, and if they hurt or are painful, we challenge you to change them, starting from documentary films. The truth is what a documentary film is after. The dares are what you can change afterwards. The dare of the truth and the truth of the dare are coming together in the,” was the message sent by the festival's team.
AdDOC was born at the initiative of the One World Romania film clubs' coordinators of several towns, following an intensive training during which they viewed films, discussed the importance of social involvement and learnt the mechanisms of setting up an event nationally. Together, they selected ten recent Romanian productions depicting the society we are living in, with the good and the bad, and they divided them on three categories, based on the topics they are dealing with and on the questions they are rising. The three sections were named as follows: “Baba oarba” (“Catch up in the dark”), “1, 2, 3 la perete stai” (“1, 2, 3, Stay against the wall”) and “Sticluța cu otravă” (“The bottle with poison”).
The Festival is a challenge to the youth and society to discover the surrounding reality and to become involved in social change.
Details on: Facebook