The new number of the “Film” review has a summary inspired by a phenomenon of an unusual receptivity in front of a new Romanian film, Moromeţii 2 directed by Stere Gulea. The editorial signed by Danei Duma writes: “It hasn`t happened in a long time for a local production to have premieres with thousands of spectators, some of them left out in front of the cinemas, because there were no 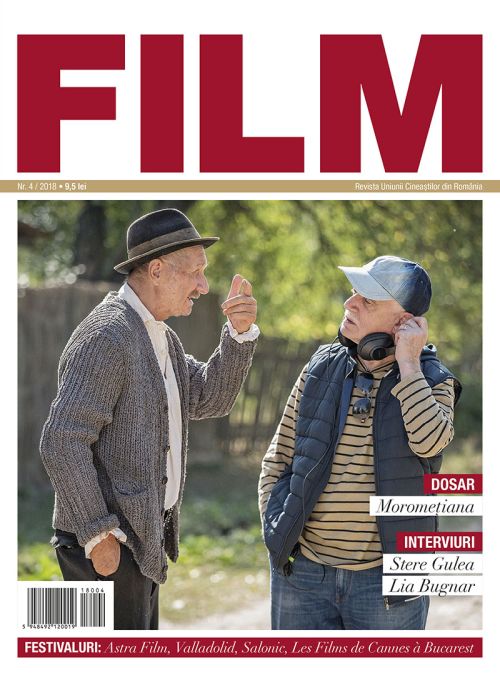 more seats available. Moromeţii 2 by Stere Gulea succeeded not only in bringing back our audience in the cinemas, but also in reminding us that the adaptations of the books of our most beloved writers – like Marin Preda – are long-waited, wished for, imagined by viewers who believe that the cinema can bring to life worlds where they had travelled to by means of reading first. Now, when we are about to send this number of our magazine to print, Gulea`s feature film already has more than 120,000 tickets sold.”
An ample interview with the director Stere Gulea, the “Moromeţiana” file with articles signed by Angelo Mitchievici, Titus Vîjeu, Mihai Fulger, Marilena Ilieşiu, Irina Budeanu  tries to establish if the “the success of the Moromeţii film from the `80s would explain the interest for its sequel, or the value of Preda`s writing, or the curiosity for Horaţiu Mălăele`s playing the part of the legendary Ilie Moromete”.
This number also contains a mini-file dedicated to the Great Union Centennial, “100 years ago. Focus on Romania”, written by B.T. Rîpeanu. The new column “Journal”, signed by Laurenţiu Damian dedicates the article “…after London” to some thoughts generated by the meeting with the London audience at a Romanian film gala organized by the Romanian Cultural Institute in London.
Cristian Tudor Popescu and Georgiana Muşat bring their contribution to the “Critical Reflections”. This number also includes an interview with the actress and screenwriter Lia Bugnar, reports about the international film festivals from Valladolid, Thessaloniki and from Romania - Astra Film, Kinodiseea, Les films de Cannes à Bucarest, “Autumn in Voroneţ”. Other columns are also present – “Film Chronicle”, “Film Book”, “Rediscoveries”.
This number includes articles signed by: Dana Duma, Marilena Ilieşiu, Laurenţiu Damian, Mihai Fulger, Anca Ioniţă, Angelo Mitchievici, Titus Vîjeu, Cristian Tudor Popescu, Ioan-Pavel Azap, Luminiţa Comşa, Irina Budeanu, Dinu-Ioan Nicula, Irina Trocan, Andreea Chiper, Georgiana Muşat.