The latest number of the “Film” Magazine is finally out, after the isolation period caused by the Covid-19 pandemic and during the days of a beginning of relaxation, with dilatations and contractions of the collective hopes, according to the 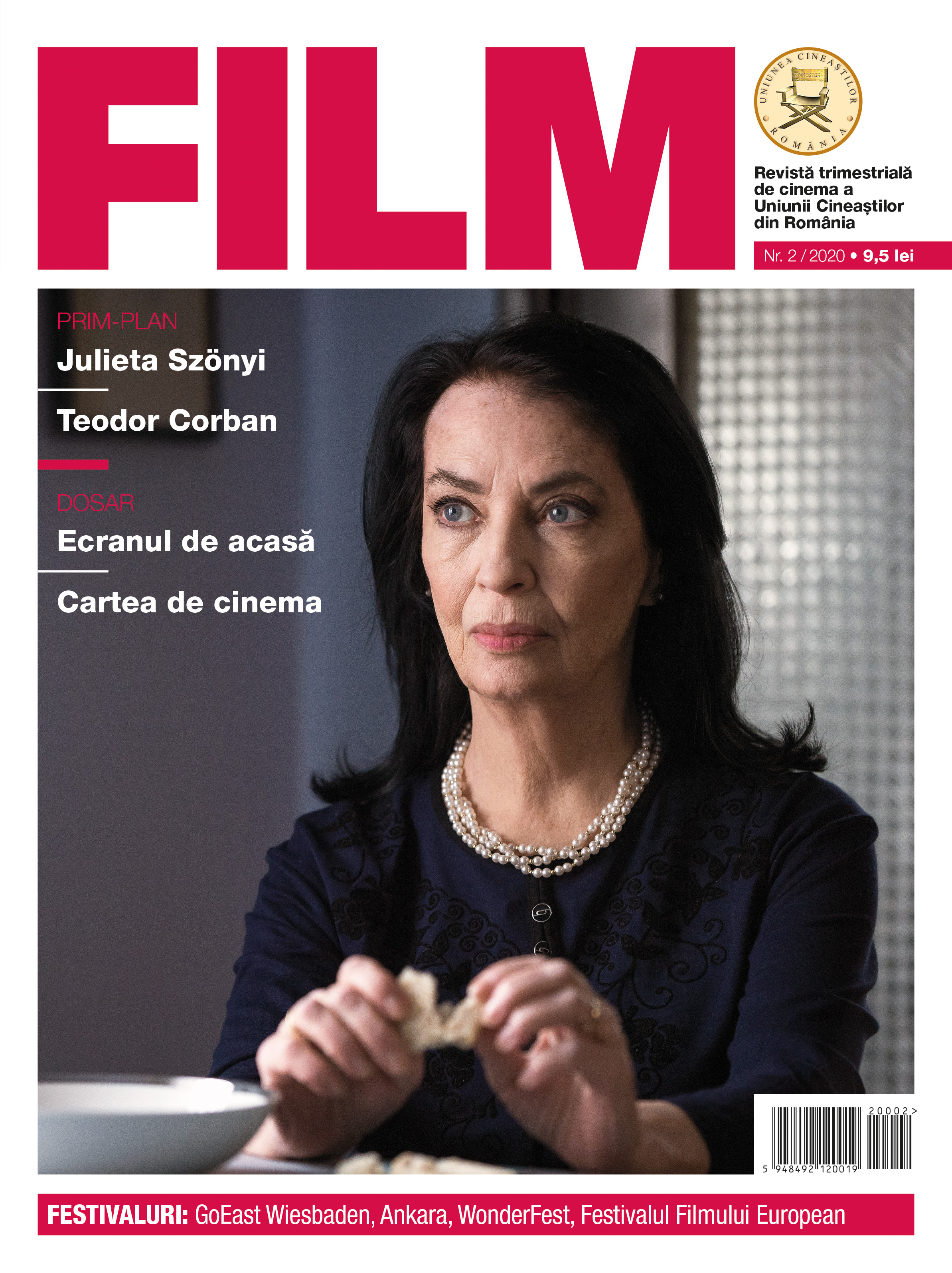 development of the events. The trimestral publication mainly dedicated to the Romanian film is mapping the film world of this first period of the year when ”the creators are not allowed to shoot or to go out of their homes for prospections, the distributors could not schedule new films in cinemas, the festival organizers and curators were forced to search for ways – legal, but attractive at the same time – to move the events online”, as the editorial shows.
These previous months were marked by the deaths of some important Romanian filmmakers: the directors Mircea Mureşan, Mircea Moldovan and the actresses Carmen Galin and Monica Ghiuţă). Laurenţiu Damian dedicates them the article ”I`ve never thought I would learn to die”. But they were months in which the film life went on, despite the closing of the cinema halls. The main file of this number, “The Home Cinema” is dedicated to these forms of survival.
Borrowing the prophetic title of the film Epidemic, directed by Lars von Trier, Danei Duma's  introductory article refers to the making of some “guerrilla-type productions in the days of
the isolation caused by the disastrous aggressive virus”. Some of them are Dan Chişu, Nouă poveşti de dragoste şi ură în izolare or the short films made in the cinema@casa of the European Film Festival (the first online edition). She also mentions the chance of re- evaluating some films during the long period of isolation at home. The file analyses from different perspectives the programs offered by the Cinematheque, by the TIFF Unlimited or One World Romania platforms, which gave the viewers a feeling of continuity. Another file of this number, ”Film Book”, gathers reviews dedicated to books that have been recently published, which give the film lovers another opportunity of continuing their interest for the film.
The interviews of this number, from the ”Close-up” column, made by Marilena Ilieşiu, actually become two surprising portraits of two actors featured in highly appreciated recent films -  Julieta Szönyi and Teodor Corban. The ”Festivals” column gathers texts about the way these international (Wiesbaden, Ankara) or national (European Film Festival, WonderFest, etc) film events survived in their online versions. The ”Critical Reflections” and ”Rediscoveries” sections are animated by profoundly thinking about the tendencies in the past and present Romanian film. The permanent columns ”Film Review” and ”Cinema Hall” are also there.
The authors of the articles in this number of the FILM Magazine are: Laurenţiu Damian, Dana Duma, Marilena Ilieşiu, Mihai Fulger, Angelo Mitchievici, Ioan-Pavel Azap, Titus Vîjeu, Marian Sorin Rădulescu, Luminiţa Comşa, Dinu-Ioan Nicula, Irina Trocan, Georgiana Muşat, Călin Stănculescu, Călin Boto, Mihaela Grancea.
Details: UCIN