”100 lei”, by Mircea Săucan, at the last FILM Cineclub of the year

On Friday, November 30 (from 19:00), the Eforie (Jean Georgescu) Hall of the Romanian Cinematheque in Bucharest (Eforie str., no.2) will host the 21st edition of the FILM Cineclub, which will be the last one this 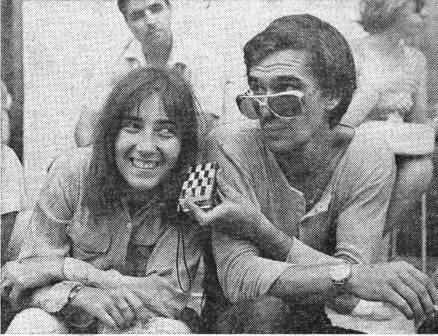 year. A new, digital copy with English subtitles of the film 100 de lei (Suta de lei) by Mircea Săucan (1973) will be screened, in the uncensored version (the director`s cut). Dan Nuţu, the lead actor of the film, will attend the event.
This month 45 years are celebrated since the national premiere (in a version mutilated by the censorship) of this masterpiece of the Romannian cinema. The film critic Dinu-Ioan Nicula, who wrote a study on Mircea Săucan`s masterpiece, will moderate the discussion that will follow the screening.  The event will also be attended by the film critic and professor Dana Duma, editor-in-chief of the FILM magazine, edited by UCIN, alongside other editors and collaborators.
The FILM Cineclub represents a series of events (special screenings of remarkable Romanian films, presented in new copies or restored, accompanied by discussions with guests), organized by the National Film Archives – Romanian Cinematheque, in collaboration with the FILM magazine, a trimestrial magazine of the Romanian Filmmakers Union (UCIN). The price of a ticket is 5 lei.