From June 27 to 30, 2019, the Transilvania International Film Festival arrives in Sibiu. For four years the most anticipated films of the year, national premieres, open-air screenings and special guests will turn the city 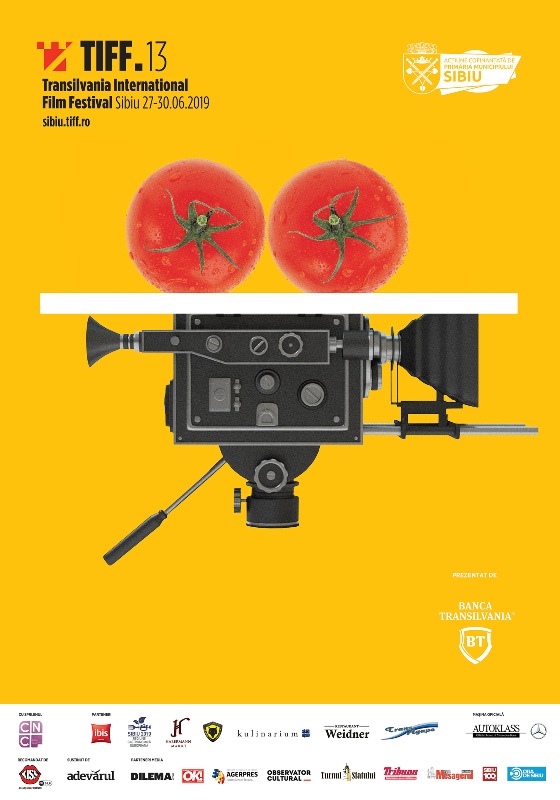 into the capital of the film, to the great delight of the local people and of the tourists that came from all over the world.
Besides the traditional meeting places, such as the Big Square (Piața Mare) or the Gong Theatre, this year the film lovers are welcome in two more venues: the recently inaugurated “Ion Besoiu” Cultural Center, which has two cinema halls of European standards  and the HAbermann Market (HabermannMarkt), dedicated to the open-air screenings, near the “Radu Stanca” National Theatre. 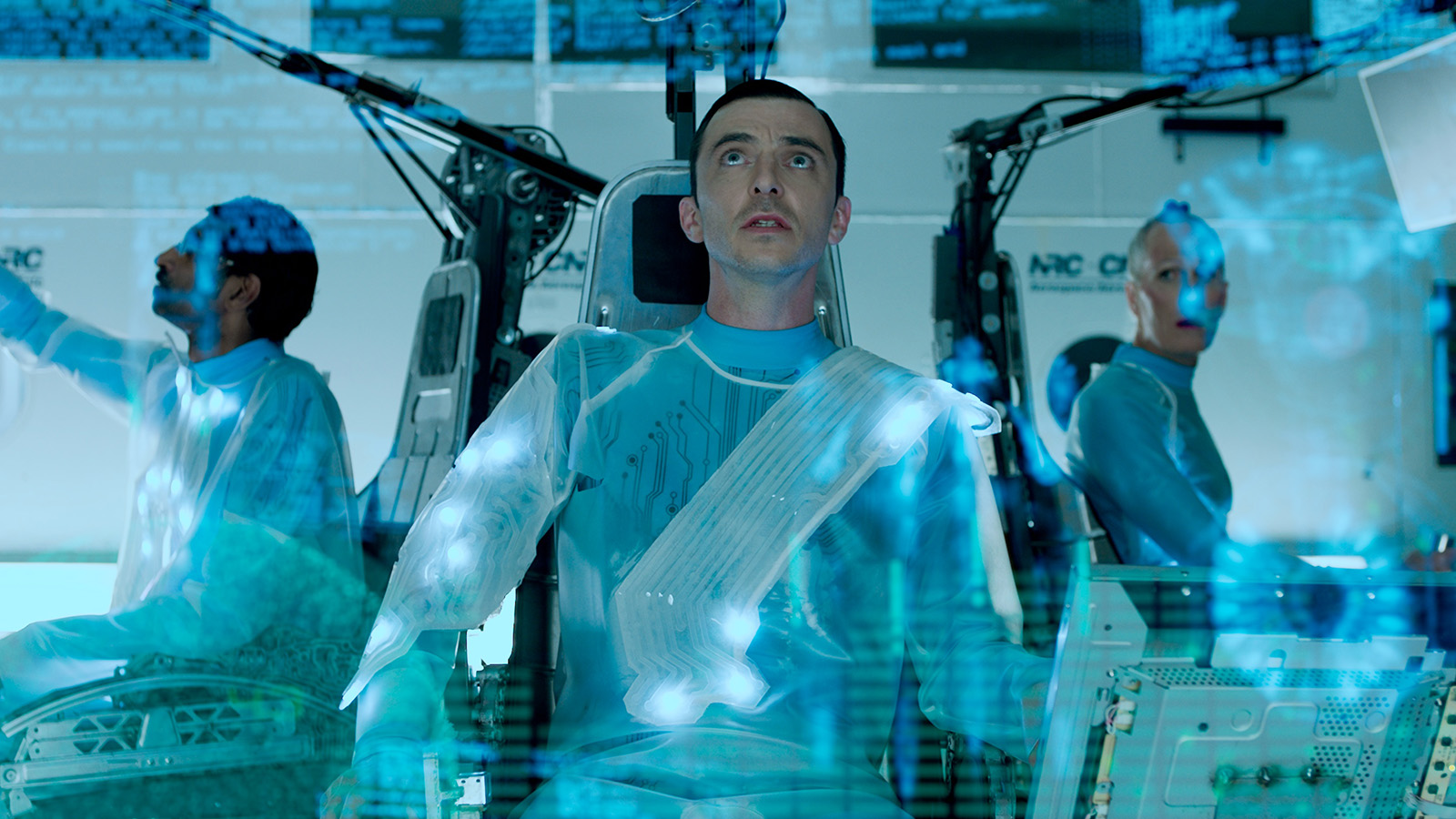 On Friday, June 28, in the Big Square, the new Danny Boyle film, Yesterday, will have the Romanian premiere. The film which tells the story of a world where The Beatles has never existed, had its world premiere at the Tribeca IFF. The film stars Himesh Patel (Eastenders), who plays the part of a singer striving to find success in a small town in England. “It`s not a film about time traveling, but it feels as if the Beatles music is presented to America again for the first time.” the director declared.
Another premiere dedicated to the Sibiu people is the documentary Diego Maradona, directed by Asif Kapadia, who in 2015 received an Oscar award for his biopic Amy. The film had its world premiere at Cannes this spring and it succeeds in “catching all the euphoria and the catastrophe, at the same time, in a unique documentary about the football player named God`s Hand”. (The Guardian)
In order to celebrate the fact that in 2019 Sibiu is a European Region of Gastronomy, the TIFF Sibiu program brig s three special productions in the Film Food section. The 2018 Emmy winning documentary
Wasted!, intends to change the way in which people buy, cook, recycle and consume the food. 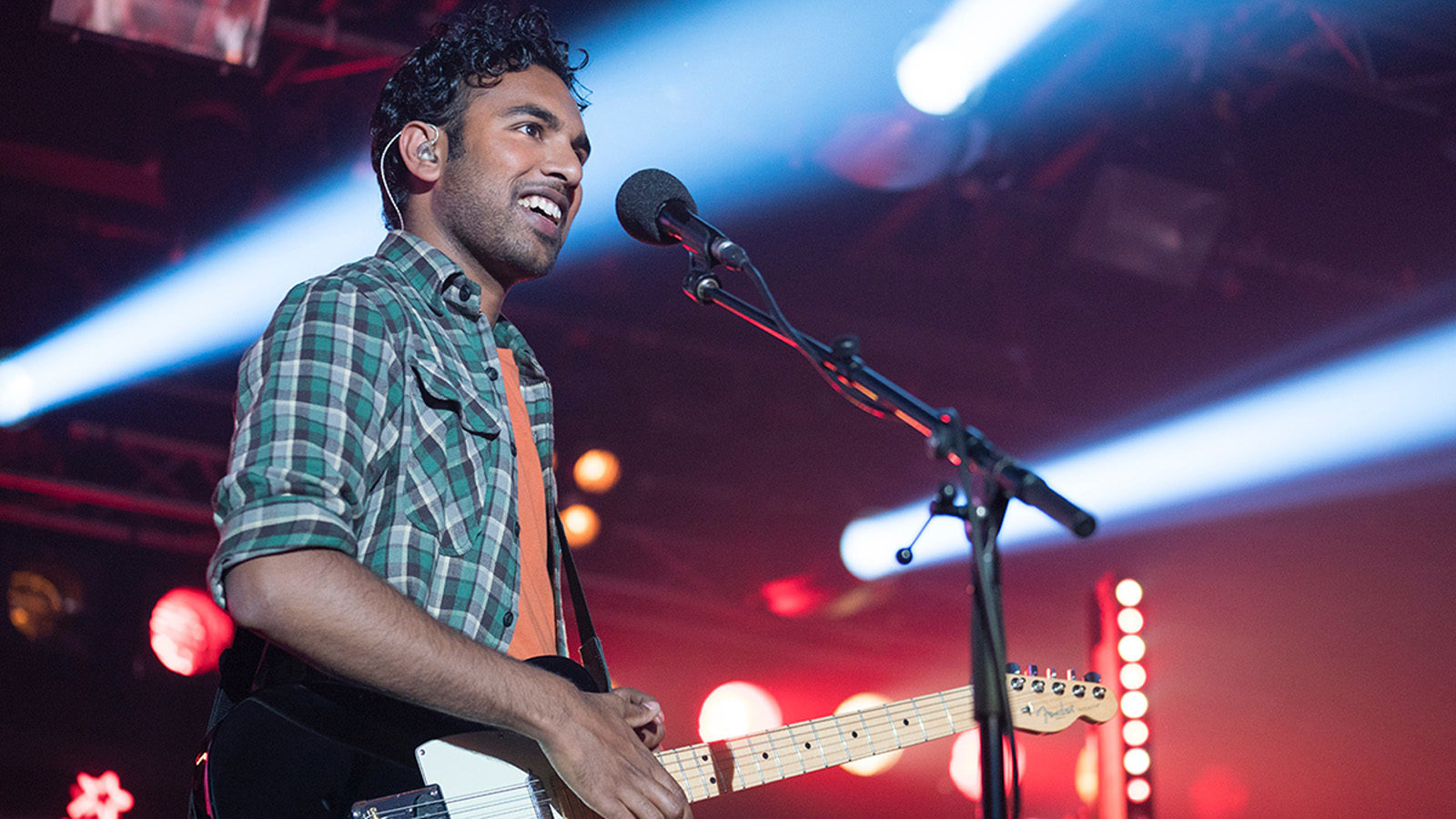 On June 29, in the Habermann Square, the film lovers and the food lovers can find out everything about the fascinating story of the olive oil in Virgin & Extra: Jaén, The Land of the Olive Oil, the latest documentary directed by the famous Spanish director José Luis López-Linares. Screened in premiere at San Sebastian IFF, the film presents a journey to Jaén, the province which is famous for the high quality of the most popular ingredient in the Mediterranean diet.
There is no secret of the Scottish kitchen which will not be revealed on Sunday, June 30, in Chef’s Diaries: Scotland, which will be screened at the “Ion Besoiu” Cultural Centre (Small Hall). In the documentary signed by Laura Otálora Pardo, the famous Catalan chefs Joan, Josepand Jordi Roca named UN ambassadors in 2016, explore the country, meeting fishermen, farmers and cheese producers, discovering local traditions and searching inspiration for enriching the menu from El Celler de Can Roca – their restaurant in Spain, which has three Michelin stars and which was named The Best Restaurant in the world two times.
In full Romania-France Season, the film lovers will have the chance to enjoy more French films, which have recently been released on the big screen. One of them is the Parisian comedy Doubles Vies, directed by Olivier Assayas, featuring Guillaume Canetand Juliette Binoche, in which a successful editor is forced to adjust to the digital era, in which books no longer exists as hard copies, the idea of a couple is very flexible and life seems dictated by social media. Another comedy that will be screened is Raoul Taburin (directed by Pierre Godeau), a film adaptation of the cartoons made by Jean-Jacques Sempé. 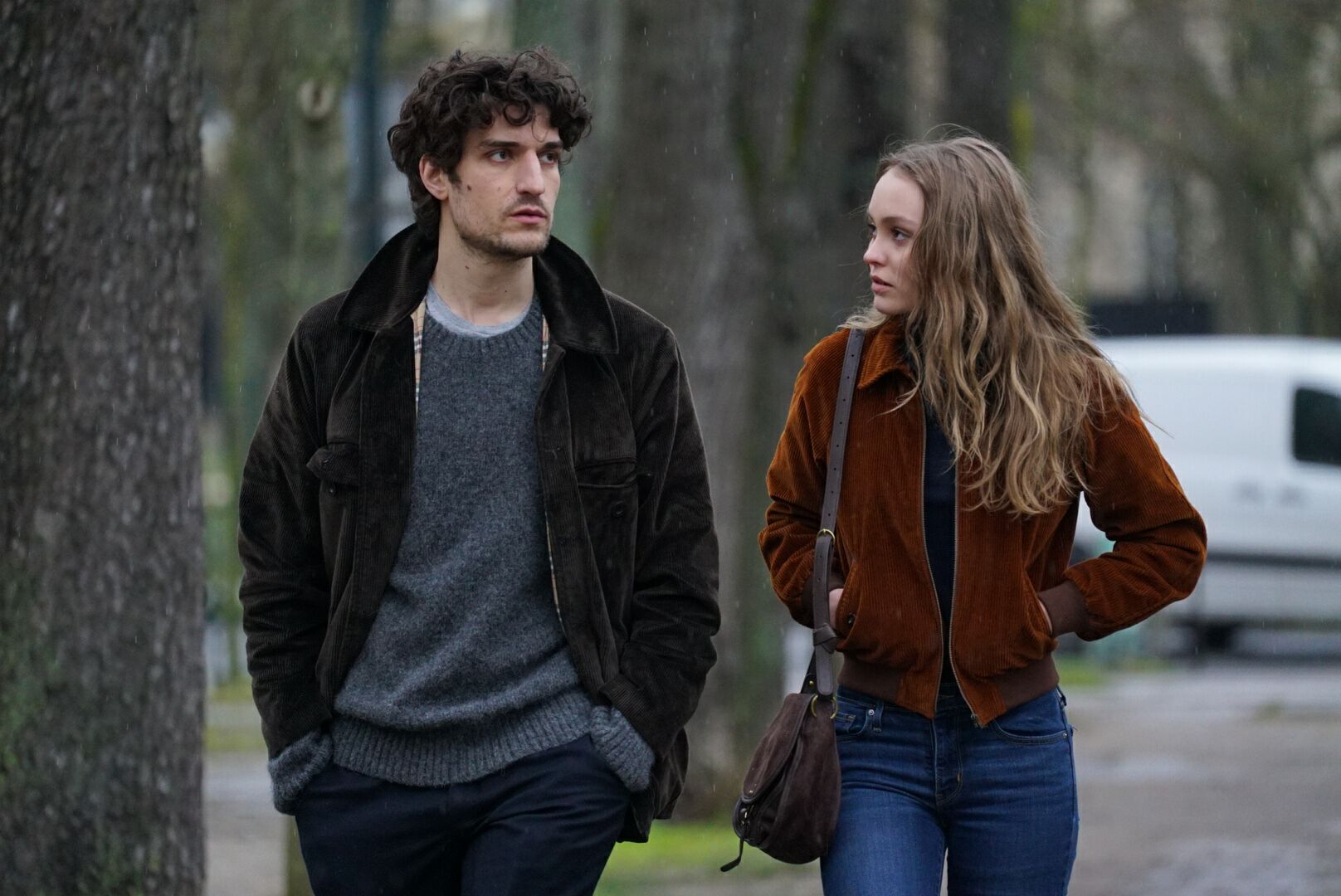 An extremely complicated love is the subject of the romantic sophisticated comedy Un Homme fidele, distributed in Romania by Independența Film  and awarded at TIFF with the Special Award of the Jury and at SanSebastián IFF with the Best Screenplay Award. Louis Garrel stars alongside his wife, the famous Laetitia Casta.  The two of them make a couple in the film; their relationship gets complicated when she leaves him for his best friend, only to return begging after the death of the latter. The film also features Lily-Rose Depp, the talented daughter of Johnny Depp and Vanessa Paradis.
Queen oh Hearts (directed by May el-Toukhy), which received the Best Director Award at TIFF and the Audience Award at Sundance IFF, will be screened in Sibiu, at the Gong Theatre, on June 30. “Sometimes, the things that happen are identical with the things that should never happen.” This is what Anne tells her step son, a teenager that she has just seduced, thrusting herself compulsively into an affair which can destroy her life. The Danish actress Trine Dyrholm plays the part of a successful lawyer, with an apparently happy family life, but who hides a secret. 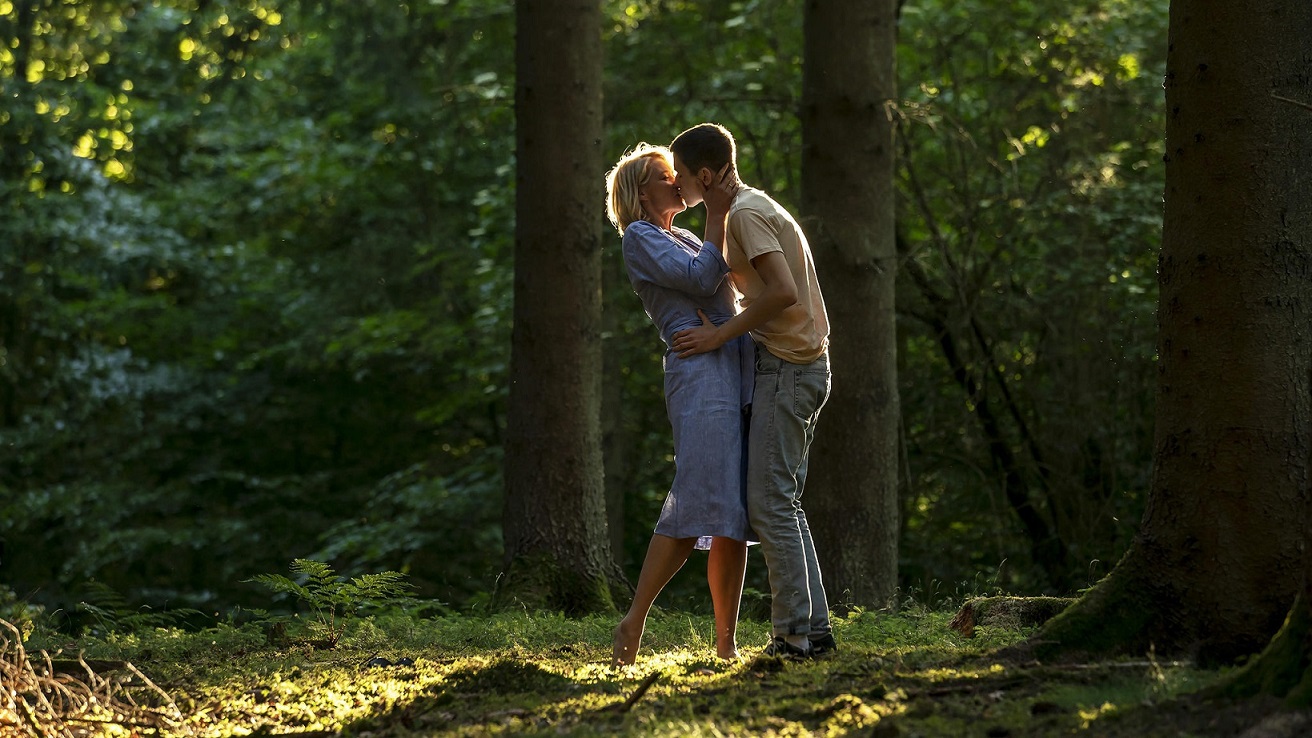 The TIFF Sibiu program also includes two courageous titles, recently produced in Hungary: Ruben Brandt, Collector (directed by MiloradKrstic) – a revelation in the film world, in which the main character, a famous psychotherapist gets to steal 13 paintings from the biggest museums and private collections, in order to stop the nightmares he was having. The second one, His Master`s Voice (directed by GyörgyPálfi) – a Sci-fi drama which follows the adventure of a man who decided to search for his father who disappeared in a bizarre way, when he was working on a classified file about aliens.
The tickets for TIFF Sibiu 2019 will soon be available on https://tiff.eventbook.ro and starting with June 27, they can also be purchased at the info-point in the Big Square or at the venues, before the screenings start. TIFF Sibiu is organized by the Transilvania Film Festival Association and it is an action co-financed by the Sibiu City Hall, through the Sibiu Local Council. With the support of the Romanian Film Center. Presented by the Transilvania Bank. The official car: Autoklass Mercedes. Partners: Ibis Hotels, Sibiu 2019 –European Region of Gastronomy, HabermannMarkt, Kulinarium, Weidner, Assault Security, TransAgape. Media parteners: Kiss FM, Adevărul, DilemaVeche, OK! Magazine, Historia, Observator Cultural, Agerpres, Radio România Cultural, All About Romanian Cinema.ro, TurnulSfatului, Tribuna, Mesagerul de Sibiu, Sibiu 100%, Ora de Sibiu. Monitoring partner: mediaTRUST.
Details: tiff.ro / facebook